A veteran of tragedies from 9/11 to Katrina, one firefighter counts herself blessed to be able to help during one more

In the 27 years since joining the Los Angeles Fire Department, Hollyn Bullock has reported for search-and-rescue duty for tragedies like the World Trade Center terrorist attack in New York, Hurricane Katrina and the deadly train derailment in Chatsworth that claimed 25 lives. 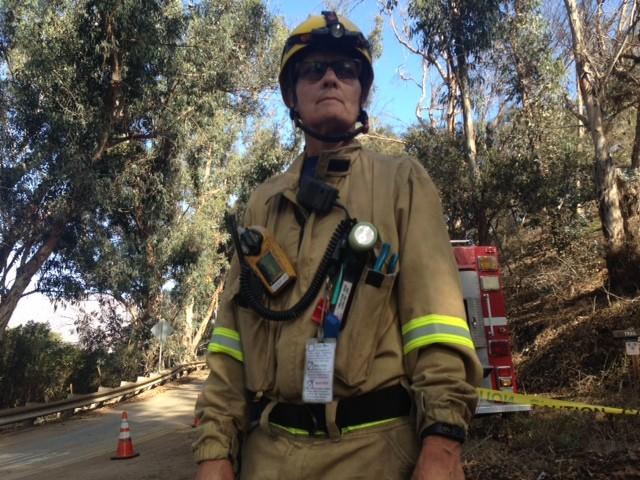 On Friday, the veteran firefighter joined a team scouring through the wreckage of the latest disaster. Seventeen people were dead after mudslides tore through the Santa Barbara County community of Montecito. At least five remained missing.
And so, along a sodden, debris-tangled corner just east of the 101 Freeway, Bullock and others searched on.
“Honestly, I feel fulfilled, even blessed to have been given the opportunity to get in there and help people in times of crisis,” she said as fellow firefighters hosed contaminated mud off her boots and pant legs.
She was part of a team of 26 men and one woman: herself.
read more here
Posted by Kathie Costos at 2:37 PM