Horror of war and the battles we should be winning

A little while ago I came across this headline.

While an understanding of post traumatic stress disorder (PTSD) has grown in recent years, the secondary trauma is ripping families apart.

Their loved ones came back from the horrors of war as heroes in need of support.But it’s not just service personnel who can suffer in the aftermath of conflicts – it can devastate the lives of their partners and families, too.

It is from Scottish News on The Daily Record. It looks like they, as well as the rest of the NATO nations have a lot of catching up to do, including the USA.

How is it that when Vietnam veterans came home over 40 years ago and forced this nation to pay attention to what combat did to them, most of what was known has been forgotten?


How have we allowed anyone to believe any of this is new? How have we managed to screw it up so badly that OEF and OIF families are believed to be the only ones having to face any of this?

Stunning for anyone involved in this work all this time because, to tell the truth, I find it all unacceptable and inexcusable.

I got into all of this in 1982, but there is a group, who has my heart and I belong to, doing this work for veterans and their families going back to 1984.

We figured out that healing happens with the triple play of mind, body and spirit, as well as the fact that families were on the front line of this battle they brought home to us.

It is our fight and a lot of us won many battles but have still not won the war only because too many are oblivious to the simple fact they could learn how to defeat PTSD.

Point Man International Ministries knew this way back then.


Outposts are lead by Christian Vets who care deeply about veterans and their struggles. They fully understand the difficulties associated with returning home after a long and difficult deployment as well as the non-combat experiences. Outposts are places for veterans to talk, share and listen to others who have walked in their shoes. All Vets are welcome regardless of what country they served with and gender is irrelevant as both men and women have served and sacrificed for their respective countries.

And the original Homefront


Homefront groups are lead by Christian mothers, wives and friends of both active duty military and veterans. They provide an understanding ear and caring heart that only those left behind at home can understand. They have experienced the stress of dealing with deployments and the effects of a loved one returning home from war. If you have someone you love deployed or having issues readjusting since coming home get connected with a local group or contact HQ for assistance. 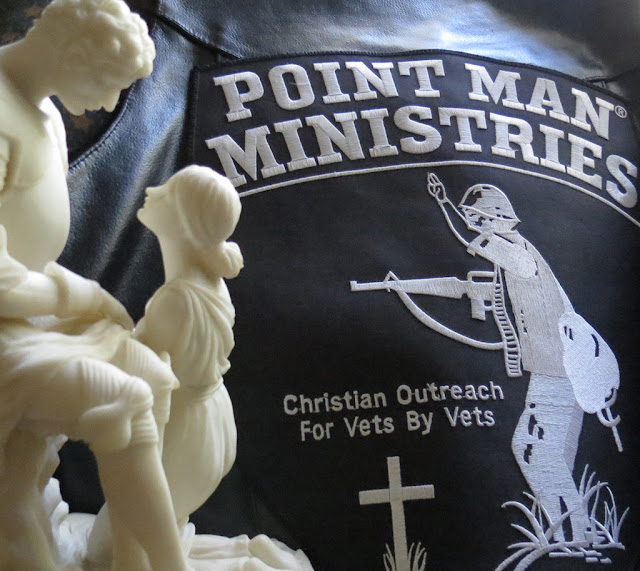 So why hasn't everyone else? Is it because they do not have the ability to discover this or is it because they have more than we ever did to find what they are looking for, but settle for what is easy to find?

"So don't yield to the fortunes
You sometimes see as fate
It may have a new perspective
On a different day
And if you don't give up, and don't give in
You may just be okay"
In The Living Years


People keep saying they are looking for answers. Too many claim they want to reduce suicides. Many more claim to care. When it has all gotten worse, the answer to make it better has been there all along but when I talk to people about becoming leaders, they walk away.

They are not happy with the fact that this is usually supported financially by the leader of the group, simply because we're more about doing the work instead of getting money.

These groups are small groups, and often, one on one, with privacy instead of publicity. One of the reasons I find it impossible to support any of the "awareness raisers" out there, publicizing the heartache and obliterating any chance of someone finding hope again and giving them the power to change the ending.

I keep wondering where all the good Christians are in the Veterans Community and what they are doing when they could be doing this work for the sake of their brothers and families.

I have seen what is unimaginable suffering but also limitless healing to the point where it is actually proof of miracles still happening everyday. To see all these families needlessly suffering, is like a dagger to my soul. I always wonder how an average person like me managed to learn at the library when these families have not even searched for online in the palm of their hand and the cell phone they are never without.

So what exactly do you think you can add to their living years? Want to change the outcome? Then you better start by changing what you put into it!

Vietnam veterans said they would never leave one generation behind. They fought for each other and for all generations but have been forgotten. Reporters just don't have time for them or reminding anyone that they waited longer, suffered longer, are the majority of the suicides, attempted suicides and those waiting for claims to be honored by the VA.

Had it not been for them, nothing would have been done on PTSD.

When you watch this video, you'll see that they deserve just as much attention as the newer veterans. The problem is, none of our veterans get enough of anything!

Posted by Kathie Costos at 9:16 AM