Reason why they don't ask for help...getting kicked out!

We tell them they need to ask for help but when they do, too many end up regretting it. If you want to know one more reason why they come home suffering more, here is one of the biggest reasons.


Suffering from a ‘Personality Disorder’: How My Promising Military Career Was Cut Short by a Dubious Diagnosis

Dawson had served three years with the Air Force and won multiple commendations for her service as a medic at Scott Air Force Base in Illinois. Her success was cut short when she sought out medical care herself, requesting some counseling following a family tragedy. Soon she was diagnosed with “personality disorder,” declared unfit to serve, and discharged from the military.

Since 2006, I have been reporting on these “personality disorder” discharges, which the military is using to terminate the careers of service members seriously wounded in Iraq and Afghanistan, or those who report being raped during their service, or those like Dawson who simply seek out care from the base’s medical facility.

Because personality disorder is a pre-existing condition, the military can deny these service members a lifetime’s worth of disability and medical benefits. Since 2001, the Armed Forces has discharged over 31,000 service members with personality disorder, at a savings to the military of over $17.2 billion in disability and medical benefits.

Dawson had read my articles and watched my TED talk about the scandal. She asked me, “Would you tell my story?” Instead, I connected her with Disposable Warriors, a nonprofit organization that assists soldiers discharged with personality disorder. And I offered her this: the opportunity to tell her own story, here, in HuffPost. 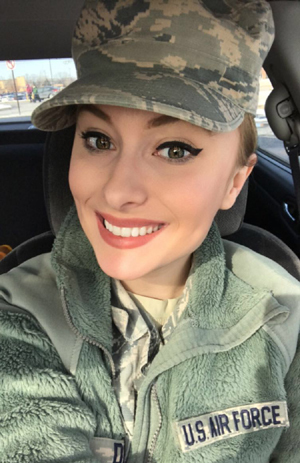 Sadly, to my command, CMRN’s medical evaluation had no value at all. On March 24 the Air Force discharged me under code JFX: Discharge due to Personality Disorder.read more here

Read her story and then understand that she did everything experts, and oh, by the way, military brass keeps saying then need to do. Next suicide report when they act dumfounded as to why there are so many, remember this story.
Posted by Kathie Costos at 7:21 PM