The first Suicide Report from the Department of Veterans Affairs was released in 2013. It was the report that started all the "awareness" groups running around the country. The question is, why didn't they read the report itself? That is something that has been a burning question no one has been able to answer. Read below for some of the reporters who are still using that number!

The fact is, that report was from just 21 states with limited data. The other fact is, for the number of veterans they knew committed suicide to take the average from, they reported the majority of those veterans were over the age of 50. The question is, why didn't reporters know those facts? 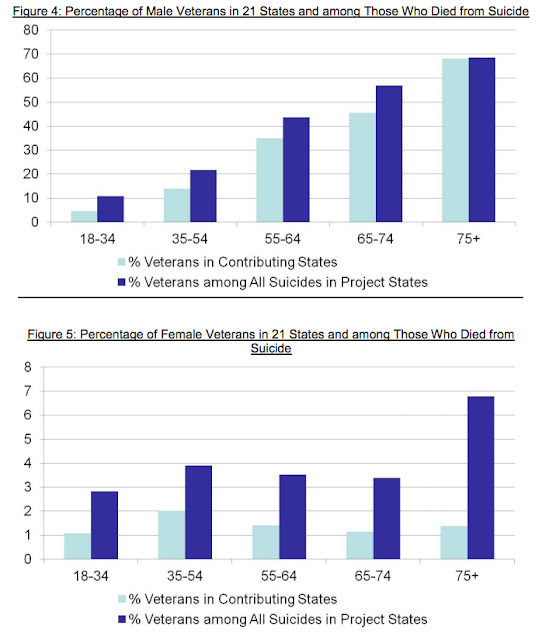 Why didn't they bother to read the reports to inform the public that the number had remained basically the same since 1999? 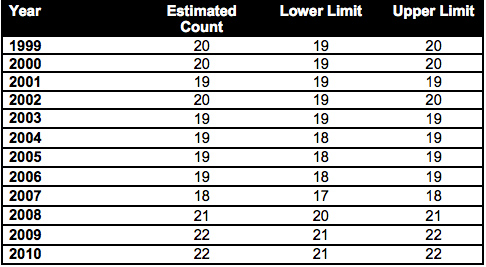 Why didn't they report that the number of veterans alive in the country had gone down during those same years by over 5 million with the aging population?

When the VA released the second report with the number of "20" a day, it turns out they didn't bother to read that report either. That report came out August 3, 2016.


Reporters did not cover the facts that were missing from the data, such as lack of military service on death certificates when veterans were not "honorably" discharged, or military service was not even on the death certificates like California and Illinois. They passed legislation last year to add it to them. Or other states where the veteran had to also be connected to a war to be checked off.

With all that has been missed, it is worse when families miss the veteran they lost. In 2000, long before the War on Terror began, a Vietnam veteran checked himself into a motel room on a Massachusetts highway. He committed suicide. That death caused me to take these lives we lose very seriously. That veteran survived Vietnam, survived being on US soil since 1971. That veteran was my husband's nephew. They were in Vietnam the same year and very close in age.

So, for all the folks running around the country, claiming that they take all of this seriously enough they want you to give them money and pay attention to them and their stunts, you should be asking them questions too. Like for starters, why they are still saying "22 a day" or "20 a day" as if they are doing anything about any of it other than congratulating themselves for the number of followers they have.

One thing for sure, they are part of the problem, but reporters are the other part.

As time permits, more of the got it wrong and got it right will be added. Just wanted to give you an idea of what we're up against. If reporters do not do their jobs on a subject this serious, nothing will ever change.

In recent years, this rate was about 22 deaths per day, according to estimates by the US Department of Veteran Affairs. It’s a number that many – including Bobby Colliton, an Army and Air Force veteran from Spokane, Wash. – find unacceptable.

Reporter Jeremy Beale 1/25/2018
Got the number right from latest report but "Armed Forces" suicides were not mentioned even though the average is about the same with between 400-500 per year from all branches. Read the DOD reports here.

"According to federal statistics, 22 veterans die every day by their own hand, said Lynn Brown, of Absecon, totaling about 8,000 veteran suicides a year."

What made that worse was omitting that the number is supposed to be from the VA, which would mean they were from all branches, not just soldiers. It also left out the number of service members who committing suicide while still in the military.


"The VA reports that about 22 veterans a day, from Vietnam veterans to today's war veterans, take their life and that's unacceptable," said Miles.

A unique way to raise awareness for veteran suicide

Vet camps out at Jefferson Barracks to save lives

Reporter Mary C. Serreze 1/12/2018
Got the reported number right from the latest VA number but this article was about "Twenty Two Until None" and then did not mention that these were police officers paying to grow beards. There was no mention of Police Officers and Firefighters also committing suicide.

GOT IT ALMOST RIGHT

Veteran Suicide: Why does it continue to happen?

The numbers are heartbreaking. Veteran suicide continues to be a growing epidemic and tragic problem nationwide, and in Kansas City. The VA reports the number of American Veterans taking their lives increased over 32% from 2001-2014. This includes all ages, all wars. The Veteran suicide rate in Kansas and Missouri is significantly higher than the overall national suicide rate.
Posted by Kathie Costos at 5:55 PM