BRADENTON — On the bright afternoon of Feb. 4, 1970, a land mine tore apart a South Vietnamese soldier who stood maybe 10 feet away from Pfc. Bob Calderon, as the two were returning to a rural village from a joint patrol. 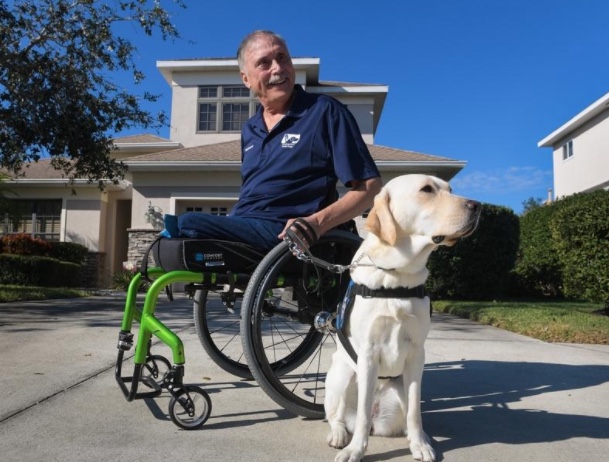 The spray of shrapnel knocked the 19-year-old Marine off his feet and forced surgeons to amputate his mangled legs above the knee. For the next several months, he was totally blind.
Calderon would regain vision in his right eye, then reassemble what was left into a portrait of resilience. He would graduate from a wheelchair into prosthetic limbs. He went to school on the G.I. bill, learned a trade and entered the workforce as a mechanical draftsman. He learned to play through the pain of embedded metal fragments so numerous he can’t take an MRI scan. He became a competitive wheelchair bowler, played wheelchair hoops, and traveled as far away as New Zealand to become the USA World 9-Ball Champion in a billiards tournament.
The Michigan native also had a way with the ladies. He married once, twice, three times. He attributes much of the failure of the first two to post-traumatic stress disorder, a diagnosis he didn’t get until some 15 years ago. But he fathered two kids. For a man who can make the literal claim that “half of me is still in Vietnam,” no shelf seemed too high.
read more here
Posted by Kathie Costos at 8:19 AM