“I got involved with the Disabled American Veterans - they were the ones that helped me with my disability claim and helped me get my head out of the funk,” Alexander says. “We do whatever we can do to help veterans. Pretty much whatever a veteran needs, we try to get it for him or her.” 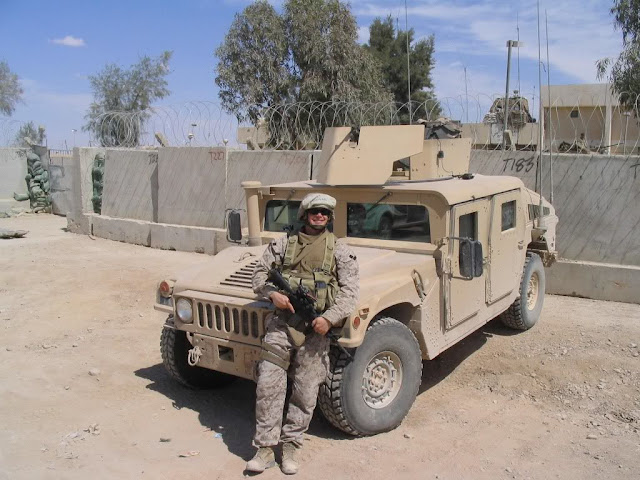 He doesn’t know why he didn’t strap in as regulations dictated, but that one decision may have saved his life.

Army Staff Sgt. Tim Alexander was a sniper atop a Humvee traveling outside Basra in southern Iraq on Oct. 29, 2005, when an IED hidden in the sand detonated, destroying the vehicle, killing the four soldiers inside and blasting Alexander some 45 feet through the hot, dusty air.

“All I remember is hearing the explosion and seeing the flash and seeing the sky,” the Glen Carbon man says. “The next thing I know I woke up in Germany.”

Alexander, now 46, doesn’t remember the fighting that ensued, in which two more American soldiers were injured, or the helicopter flight to Baghdad, where doctors put him in a medically induced coma and transferred him to a military hospital in Germany. He had broken his back in six places.

“We had vehicles in front of us clearing (improvised explosive devices) but you knew every day when you went outside the wire there was a chance they could miss something,” he said. “I still don’t know why I didn’t strap myself in that day. I’ve racked my brain. I can’t say why.”
read more here

If you're a disabled veteran, why aren't you a member?

Posted by Kathie Costos at 8:14 AM