Reminder: It is not true just because you read it on social media!


The federal Immigration and Customs Enforcement agency is pushing back against a social media post implying that a combat-wounded New Port Richey veteran has a Nazi symbol tattooed on his arm. 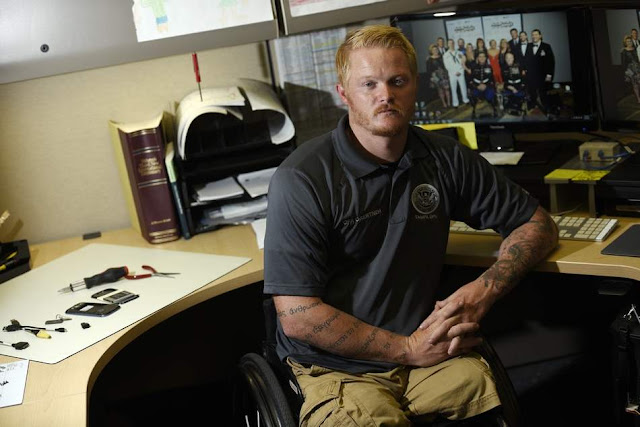 Justin Gaertner of New Port Richey, who lost his legs to an explosion in Afghanistan, trained as a forensic analyst to fight online pedophiles through the Department of Homeland Security. [CHRIS URSO | Staff (2015)]
In a tweet Monday afternoon, ICE officials denied the veteran is associated with Nazis. It quotes Justin Gaertner, a Marine who lost both legs to an improvised explosive device in Afghanistan in 2011, saying that the tattoo is not an Iron Cross but a "Titan 2" design, the symbol of his platoon.
Gaertner has been featured in news stories about a public-private program to investigate pedophiles, called the Human Exploitation Rescue Operative Child-Rescue Corps or HERO. Created by U.S. Special Operations Command, Homeland Security Investigations and the National Association to Protect Children, the program trains wounded, ill and injured commandos in computer forensics and law enforcement skills to help in the fight against online child sexual exploitation.
read more here
Posted by Kathie Costos at 4:42 PM