Do not forget military families caught by Hurricane Michael


Base command at Tyndall last week called the hit from Michael “widespread catastrophic damage,” with every structure damaged, including hangars where planes that could not be flown out --- due to maintenance or safety reasons --- had been sheltered. 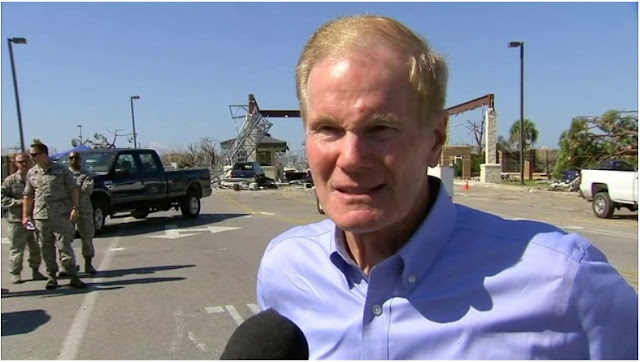 Speaking to reporters at Tallahassee International Airport, Nelson sought to dismiss growing concerns that the storm-battered base outside Panama City will follow the path of what had been Homestead Air Force Base, which was heavily damaged by Hurricane Andrew in 1992 and subsequently became an Air Force Reserve base.

“I think that fear is unfounded,” Nelson said. “As a senior member of the Senate Armed Services Committee, I can say that Tyndall will be rebuilt, and it will be an example of a modern U.S. Air Force base. That is because it is critically located right next to one of our greatest national assets, the Air Force Eastern Gulf Test and Training Range, which is the largest testing and training range for the United States military in the world.” 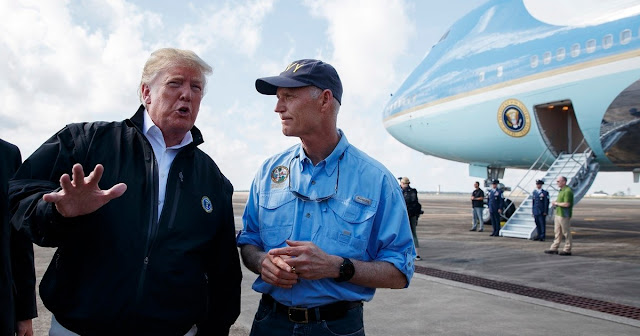 PANAMA CITY, Fla. (AP) — President Donald Trump got a bird’s-eye view Monday of Florida communities left in ruins by Hurricane Michael, including houses without roofs, a toppled water tower and 18-wheel trucks scattered in a parking lot during a nearly hour-long helicopter tour of portions of the Panhandle.

Trump initially saw uprooted trees and houses with blue tarps covering damaged roofs after his helicopter lifted from Eglin Air Force Base near Valparaiso. But the severity of the damage worsened significantly as Trump approached Mexico Beach, a town of about 1,000 people that was nearly wiped off the map in a direct hit from the hurricane and its 155 mph winds last week.

Many of the houses in Mexico Beach had no roofs. In some cases, only the foundations were left standing. The water tower lay on its side and 18-wheelers were scattered in a parking lot like a child's toys.


JOINT BASE McGUIRE-DIX-LAKEHURST — More than a thousand military families were without power in the last week — many for nine days and counting — after a power surge destroyed an electrical substation. The Oct. 4 surge, which caused the substation equipment to erupt in flames, knocked out electricity to 1,087 homes on the McGuire Air Force Base. The length of the outage rivals the blackouts that parts of New Jersey experienced after Hurricane Irene, Superstorm Sandy and the nor'easter storms last winter. read more here
Posted by Kathie Costos at 5:07 PM