Isn't it time for you to fight and #TakeBackYourLife

Spreading "suicides awareness" has met a dead end. It makes no sense to keep going down the road you do not belong on! 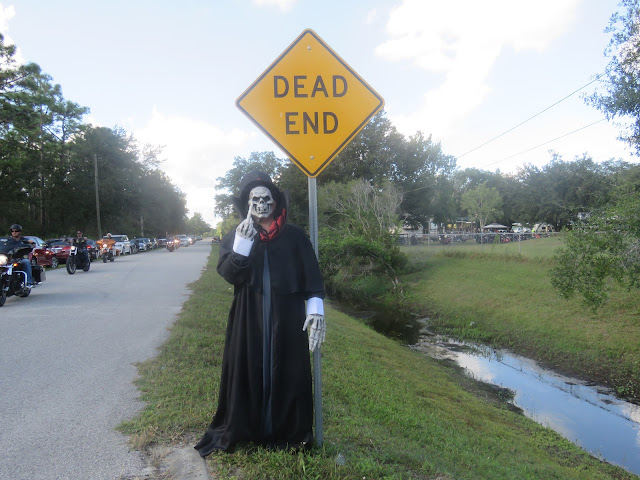 Whenever someone reminds you there are veterans taking their own lives, start thinking about how to #TakeBackYourLife. 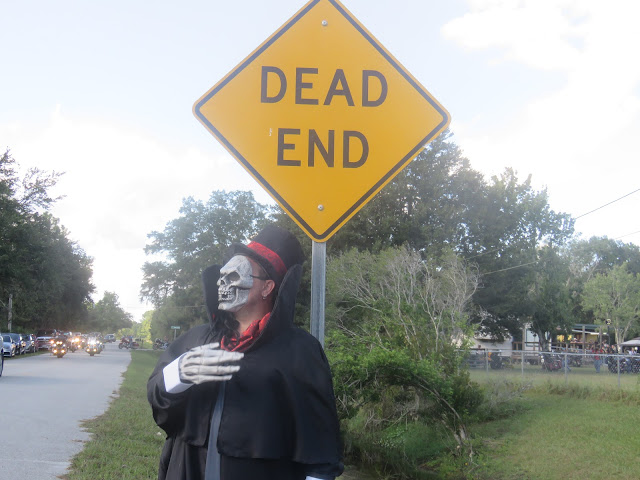 You already survived what caused PTSD and the demon to come into your life. Do it again! Only this time, give him the finger and tell him he cannot defeat you now! 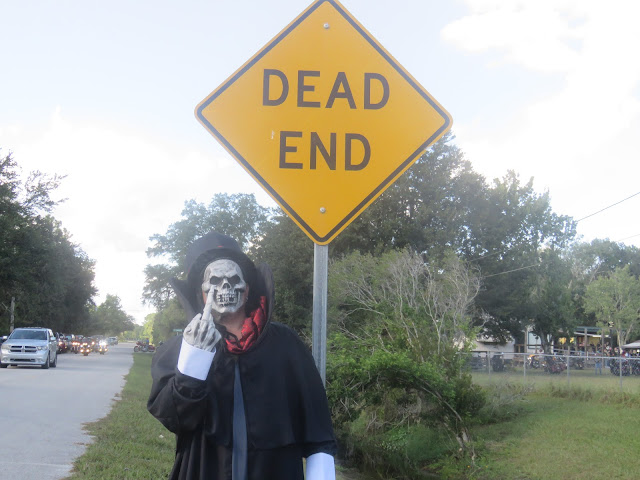 Yesterday was the Orlando Nam Knights Biketoberfest Party. Just before you get to the clubhouse, there is a "Dead End" sign. It got me thinking about how all the "suicide awareness" is in realty, a dead end.

It offers no hope. It offers reminders that more veterans lost their battle with the demons of PTSD to other veterans trying to fight them.

Where is the hope in that message?

Some of my friends helped me with the video. The one in the Reaper costume, Tony, put it on even though it was 94 degrees here in Orlando. Skip did a great job with being rescued by Susan. That is the message of PTSD Patrol. Friends helping friends because they needed it.

You may feel as if you have to fight your own demons all by yourself. Yet when you think about what was going on when you were involved in the events that caused PTSD, you were not alone then. Why fight this time by yourself when you do not have to? Isn't it time for you to fight and #TakeBackYourLife?
Posted by Kathie Costos at 10:16 AM