Marine veteran among those killed in New York limo crash 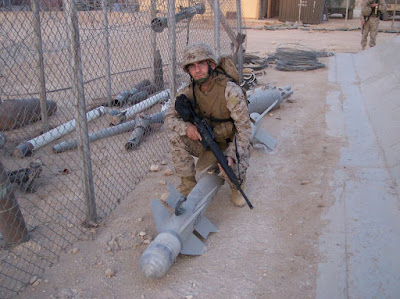 Marine veteran Michael Ukaj was killed in a limo accident in Schoharie, NY, on Saturday, October 6, 2018, along with nineteen other people. FACEBOOK

He was the person his childhood friend, Bradley Armstrong, could count on to be there for him, even when he didn’t ask for it, and even if they were in different cities or states. When Ukaj’s brother, Jeremy Ashton, needed advice, he was the one to give it. He counseled Ashton about everything from breakups to whether he should argue with his landlord over a utility bill (he didn’t, on Ukaj’s guidance) and if he should join the Air Force or Marine Corps (he went with Marine Corps, also Ukaj’s suggestion). “He was a straight-shooter, an honest man who was always there when you needed him,” Ashton said. “Any time I needed clear advice, I would go to him. He would always cut through the bull---t and help me objectively look at something.” read more here


Officials believe remains of nearly half of the 83,000 unidentified service members killed in World War II and more recent wars could be identified and returned to relatives. 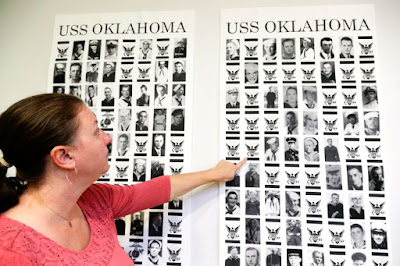 In this Sept. 18, 2018 photo, Dr. Carrie Brown, forensic anthropologist and director of the USS Oklahoma Project at the Defense POW/MIA Accounting Agency (DPAA) Identification laboratory, points to images on posters showing the names and photos of the victims of the USS Oklahoma, sunk by the Japanese in Pearl Harbor. NATI HARNIK/AP

BELLEVUE, Neb. — Nearly 77 years after repeated torpedo strikes tore into the USS Oklahoma, killing hundreds of sailors and Marines, Carrie Brown leaned over the remains of a serviceman laid out on a table in her lab and was surprised the bones still smelled of burning oil from that horrific day at Pearl Harbor. It was a visceral reminder of the catastrophic attack that pulled the United States into World War II, and it added an intimacy to the painstaking work Brown and hundreds of others are now doing to greatly increase the number of lost American servicemen who have been identified. It's a monumental mission that combines science, history and intuition, and it's one Brown and her colleagues have recently been completing at ramped-up speed, with identifications expected to reach 200 annually, more than triple the figures from recent years. read more here

WASHINGTON — Defense Department weapons programs are vulnerable to cyberattacks, and the Pentagon has been slow to protect the systems which are increasingly reliant on computer networks and software, a federal report said Tuesday.

The U.S. Government Accountability Office said the Pentagon has worked to ensure its networks are secure, but only recently began to focus more on its weapons systems security. The audit, conducted between September 2017 and October 2018, found that there are "mounting challenges in protecting its weapons systems from increasingly sophisticated cyber threats." Pentagon officials have acknowledged for years that the department, the military services and defense contractors are under persistent cyber probes and attacks, including from state actors seeking to steal data to gain an economic or technological advantage. read more here

The stories of eight recipients of the nation's highest military honor will be told in the docudrama series "Medal of Honor" on Netflix. Robert Zemeckis (Forrest Gump) and documentarian James Moll (The Last Days) are both part of the project, which will be available on the streaming service starting Nov. 9. The eight-part series will feature interviews with eyewitnesses to battle and the families of Medal of Honor recipients, as well as re-creations. "Medal of Honor is the ideal collaboration for us," Zemeckis said in a Netflix statement. "James’ documentary skills combined with our live action techniques bring to a compelling light the important recognition of these brave individuals. We can not think of a better way to give back to the military community than by telling these incredibly heroic true stories.” read more here

California veteran to be added to Vietnam memorial

The Associated Press
A California veteran who died from health complications related to his time in Vietnam will be added to the state's Vietnam Veterans Memorial. The Bakersfield Californian reports James E. Williams' name is one of the three that will be added to the memorial.
The names will be unveiled in an event scheduled Saturday in Sacramento. Spec. Williams grew up in Lamont and joined the Army in June 1966. He died 50 years after his tour of duty in Vietnam from complications believed to be connected to exposure to Agent Orange, a chemical compound.
read more here

Two siblings on the Central Valley Honor Flight got an opportunity they've waited for for years.
CBS47's Alex Backus has their touching story from the Vietnam Veterans Memorial in Washington D.C. 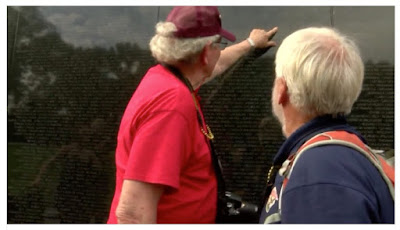 
Veterans laid to rest in Boulder City long after their deaths


It took the longest for the burial of Army veteran Lyle Prescott, who died in 1948. “He spent 70 years sitting on a shelf?” said 82-year-old Navy veteran Peggy Randle, wondering out loud how that could be. “A lot of us attend military funerals every week. Before this, these guys didn’t have anybody to claim them.”

A dozen veterans and one military spouse were laid to rest Tuesday long after their deaths, thanks to newfound “family” members who determined their unclaimed remains were entitled to be buried at the Southern Nevada Veterans Memorial Cemetery in Boulder City. “We all remember the military recruiters saying, ‘If you sign up, we’ll take care of you the rest of your life.’ In fact, this event is providing that last step,” Fred Wagar, deputy director of the Nevada Department of Veterans Services, said at a Tuesday memorial service. “We say to them, ‘Welcome home. You are no longer missing.’” The remains of the veterans of World Wars I and II, the Korean War and the Vietnam War — all of whom made it home alive — had been in funeral homes for years after not being claimed by relatives.
read more here
Posted by Kathie Costos at 5:07 PM