For an estimated 500,000 veterans, being put out of the military with an other than honorable discharge is a source of shame and an obstacle to employment. "Bad paper," in most cases, means no benefits or health care from the Department of Veterans Affairs — even when the problems that got them kicked out were linked to PTSD, traumatic brain injury or military sexual assault. 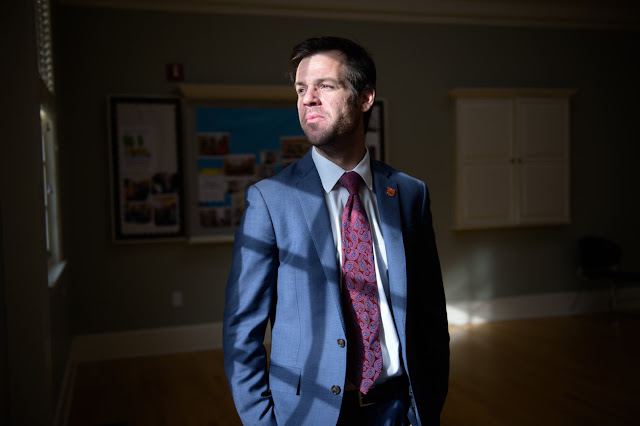 But last month, Connecticut opened state VA resources to vets who can show that one of those conditions is linked to their discharge. For veterans like Thomas Burke, now a youth minister at Norfield Congregational Church, it's part of a long path to recovery.
"When I first started looking for jobs, I did not want to be a youth minister to kids, because my PTSD stems from a traumatic event where I failed children," says Burke.
read more here
*******
Glad they used "estimated 500,000" because we know it is a lot more...and happened to every generation of veterans. It is at least 2 million 300,000 with a majority of them dealing with PTSD.
Posted by Kathie Costos at 5:29 PM