Double amputee faces charges, but who else should too?

Understand that this is a double amputee, who was not diagnosed with PTSD, or treated for it. If a double amputee does not understand PTSD enough to know that trauma is the cause of it, then what the hell as the military been doing all these years on the "education" end of the deal? 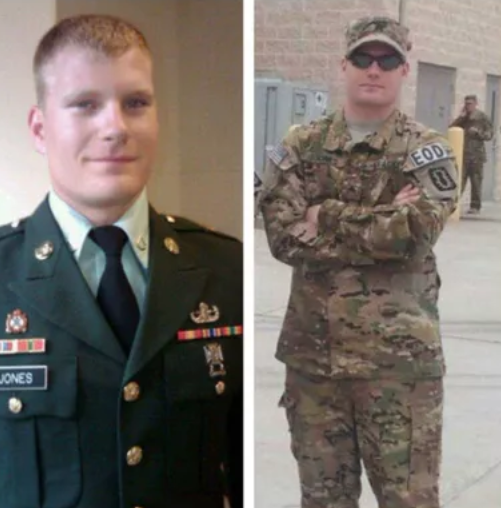 After reaching for a handgun in a moment of crisis, Army combat veteran Casey Jones says he decided instead to empty the pistol's clip into his bedroom ceiling in a desperate bid to save himself from his demons.

Jones, 30, fired every round from a second loaded weapon into the surrounding walls after that. One of those bullets went through a window and lodged behind the shutter of his North Knox County neighbors' home across the street. Thankfully, no one was hurt.

"In my mind, I was trying to get rid of those rounds before one ended up in my head," Jones told the USA TODAY NETWORK-Tennessee. "But I never wanted to hurt anyone."

The episode led to his arrest in the early hours of Wednesday. The Purple Heart recipient now faces four felony counts of reckless endangerment with a deadly weapon.

According to arrest warrants, Jones and his wife told responding sheriff's deputies he snapped while playing video games on his Xbox.

"But that wasn't the reason for it — it was never about the Xbox," he said. "It was just one of those nights."

'Whatever it takes to make this right'

Jones has never formally been diagnosed with Post Traumatic Stress Disorder, although he reluctantly is beginning to recognize his struggles. Wednesday's incident wasn't the first time Jones has put a gun to his head, he confessed.

He hopes, however, that this time was the turning point.

Jones, not his wife, called E-911 that night. And in the days after his release from jail, he contacted a counselor through the local Veterans Affairs office.
read more here

Posted by Kathie Costos at 4:35 PM