First-responder from Collingwood died by suicide earlier this week

Sometimes it's not enough: how one PTSD survivor tries to save others


“Support for families is what we found was lacking,” said Angie Stevens, Bryan’s wife. While Bryan was first dealing with symptoms of PTSD and occupational stress, Angie didn’t know where to turn. “You go into this silent position because you don’t want to tarnish their image,” said Angie. “So you try to help them on your own.” 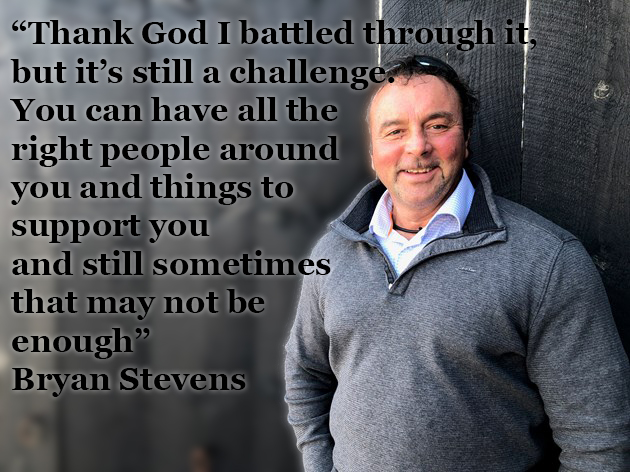 Bryan Stevens is the founder of Frontline Forward. Erika Engel/CollingwoodToday


A former air ambulance advanced care paramedic may no longer be treating wounds mid-air, but he is still caring for the wounded and broken.

Bryan Stevens is the founder of Frontline Forward, an organization and facility designed to support and educate front-line workers affected by occupational stress and dealing with post traumatic stress disorder (PTSD).

He experienced PTSD first-hand and made the decision to retire early as a result. Through a support system, professional counselling, physical therapy, meditation and more, Stevens has learned to cope with PTSD and work through the symptoms.

“Thank God I battled through it, but it’s still a challenge,” said Stevens. “You can have all the right people around you and things to support you and still sometimes that may not be enough”

A first-responder from Collingwood died by suicide earlier this week. Mike Scott was a firefighter at Central York Fire Services in the Newmarket and Aurora area. Before that, he was a firefighter on The Blue Mountains Fire Department. Scott’s family asked for donations to Frontline Forward in lieu of flowers.

Stevens said Scott was a good friend, and the two talked often about working as a first responder and dealing with PTSD. Scott’s funeral is today, and Stevens came to Collingwood with his wife, Angie, to attend the service.

“It’s a heavy burden to carry all this hurt,” said Stevens, quoting a song by country singer Kevin Davidson, a former first-responder. “We have to come to understand we don’t need to carry all that burden.”

Understanding was the first hurdle for Stevens, a 30-year veteran paramedic with 12 years in Peel Region (Mississauga) and 18 years as an advanced care paramedic for Ornge based in London.
read more here
Posted by Kathie Costos at 6:56 PM