Marine Vet Would Have Tried to Help Shooter Heal PTSD

Slain Marine Vet Would Have Tried to Help Shooter if He Could, Friend Says

"I know that if the shooter -- it's hard to even say he's a Marine, it hurts -- If Dan and I knew this guy needed help, we would be like, 'hey, dude, what can we do for you,'" Andrade said. "We clicked with veterans fast, quick. Dan would have helped this guy."


An hour and change before Dan Manrique's life was brutally cut short in a mass shooting at the Borderline Bar and Grill in Thousand Oaks, California Wednesday night, he had been in a meeting with fellow members of veterans organization Team Red White and Blue, brainstorming about how to improve community within the group and connect better with veterans in need. 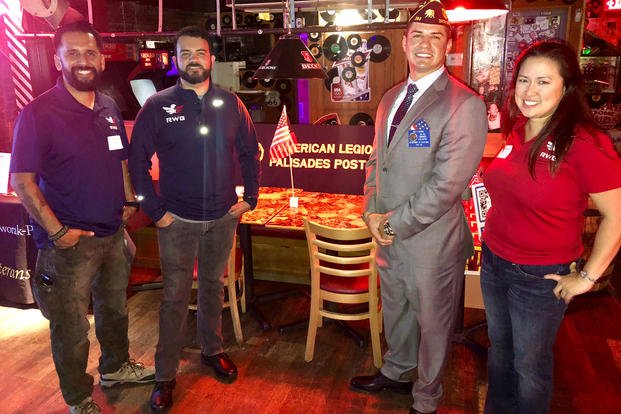 Rudy Andrade, far left, stands next to fellow Marine Corps veteran Dan Manrique, who was killed in a mass shooting Nov. 7 at a bar in Thousand Oaks, California.

So when Rudolph Andrade, a Team RWB chapter captain for Los Angeles, got a text message the following day asking if Manrique had been in the vicinity of the shooting, Andrade's first response was reassurance.

"Dan was with me last night when all this happened," Andrade said he replied.

Days later, the shock of processing the loss of Manrique, a close friend as well as a teammate, is still setting in for him.

In fact, there were at least three members of Team RWB at the scene horrific shooting that claimed 12 lives, according to Andrade and postings on the Team RWB Ventura County Facebook page: Manrique, on full-time staff for the group as the Pacific Regional Manager; Justin Meek, a promoter at the bar killed in the shooting, who'd reportedly planned on joining the Coast Guard after college; and Fernan Diamse, another chapter member who made it out alive, but sustained a cut on his arm from broken window glass in his effort to escape.
read more here
Posted by Kathie Costos at 11:50 AM