Canadian Veteran's dying wish, to step it with wife of 70 years!


The Chronicle Herald Canada
Andrew Rankin
December 1, 2018
“I’m 97 years old and I’m only getting a few days here and there to see my wife,” said Vaughan. “This could go on until I die. Not a very nice thing to think about.”

The pair have been married for 70 years 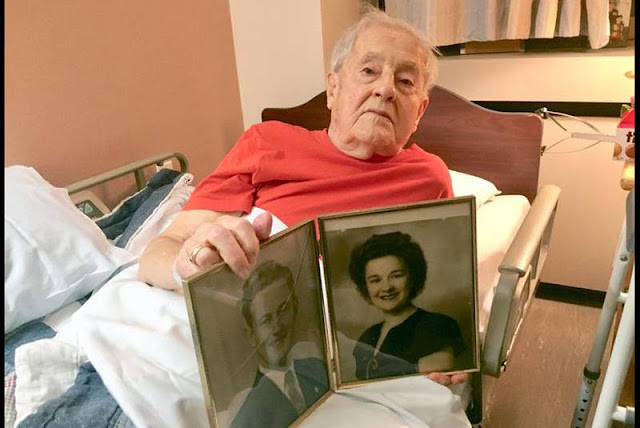 Second World War veteran David Vaughan says he’s disappointed that his wife of 70 years is not allowed to live with him at Camp Hill Veterans Memorial Hospital in Halifax. - Andrew Rankin

David Vaughan is nearing 100 years of age and the Second World War veteran wishes he could spend whatever time he has left with his wife Cecilia.

“I miss her a lot,” said Vaughan as he lay in bed at Camp Hill Veterans Memorial Hospital in Halifax Monday evening. “She’s from Cape Breton, a wonderful girl. My best friend.”

The 97 year old, who served as a tank operator during the Italian campaign, found out from hospital staff this week that his 92-year-old wife Cecilia isn’t allowed to move in to the 175-bed long-term care facility.

Veterans Affairs confirmed this on Friday, saying all but 22 of the beds there are currently occupied by Canadian veterans. The Nova Scotia Health Authority pays a fee to the department for those beds. They’re occupied by regular civilians discharged from hospital and awaiting long-term care outside of Camp Hill.