'No veteran should be buried alone': No one expected to attend Texas veteran's funeral

Air Force Veteran Joseph Walker will be laid to rest Monday, and no one is expected to attend. 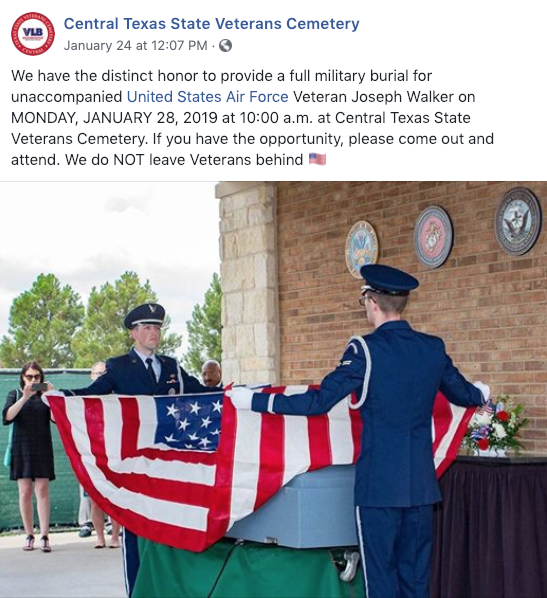 KILLEEN, Texas — The Central Texas State Veteran’s Cemetery is calling for the public’s attendance at an unaccompanied Texas veteran’s funeral.

A member of Wind Therapy Freedom Riders is also encouraging the public to attend.

The group of bikers will meet at Rudy's BBQ off I-35 in Round Rock and take off to the burial site at 9 a.m.

His funeral will take place Monday at 10 a.m. at the Central Texas State Cemetery.
go here for updates
Posted by Kathie Costos at 7:23 AM