She retired from the Air Force in 1997 as the nation’s highest-ranking black woman in the Department of Defense. 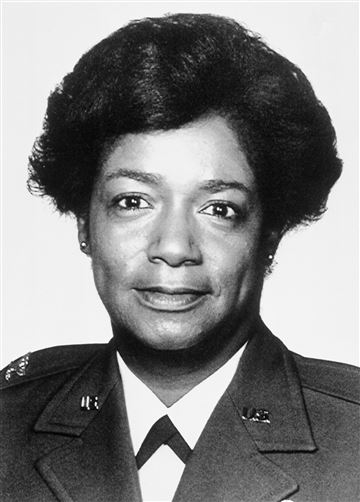 Marcelite J. Harris, the first black woman to serve as a major general in the U.S. military, was buried with full military honors Thursday morning in Arlington National Cemetery.

Harris, who died on Sept. 7, at 75, didn’t always envision herself breaking records in the military.

Born Jan. 16, 1943, in Houston, she wanted to move to New York City to become an actress, but there was one obstacle.

“Her father told her she could only move to New York if she had a job after graduating college,” her daughter, Tenecia Harris, 37, told NBCBLK. “But that’s not really how acting works.”

Upon graduating from Spelman College in 1964 with a bachelor’s degree in speech and drama, Harris couldn’t find a job performing, so she signed up for the Air Force instead. She quickly moved up the ranks, becoming the first female aircraft maintenance officer and one of the first two female officers commanding at the Air Force Academy.
read more here
Posted by Kathie Costos at 5:11 PM