When a copyright goes wrong

Update on the book thing...It seems that the book went into the dead file somewhere, at some time, and must have been bitten by Zombies because its alive!


I have been trying to figure out what I was seeing, since it did not make sense. If you have read Wounded Times lately, then you know the trouble I've been having with my first book. If not, then you may not need to go back and see what it is all about because of what I am about to show you.

For the sake of my loyal readers, I do not want to rehash all of it, so please forgive me and you can catch up here.

Today I went to ISBN to understand how it works. After all, two numbers on a book did not make much sense. Here is the deal on them.

An ISBN is a number, not a bar code.

Still not sure what is going on with overseas operations but we'll focus on the US for now.

The ISBN identifies the title or other book-like product (such as an audiobook) to which it is assigned, but also the publisher to be contacted for ordering purposes. If an ISBN is obtained from a company other than the official ISBN Agency, that ISBN will not identify the publisher of the title accurately. This can have implications for doing business in the publishing industry supply chain.


When participating in the ISBN standard, publishers and self-publishers are required to report all information about titles to which they have assigned ISBNs.


For more than thirty years, ISBNs were 10 digits long. On January 1, 2007 the ISBN system switched to a 13-digit format. Now all ISBNs are 13-digits long. If you were assigned 10-digit ISBNs, you can convert them to the 13-digit format at the converter found at this website. A 10-digit ISBN cannot be converted to 13-digits merely by placing three digits in front of the 10-digit number. There is an algorithm that frequently results in a change of the last digit of the ISBN.

On Amazon, FOR THE LOVE OF JACK has the "978" number with the original one. 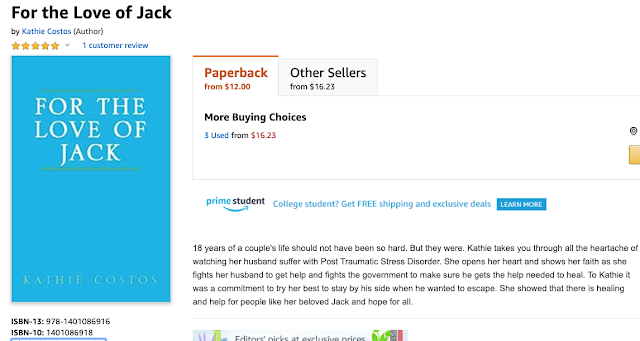 Yet, the book that came in last week, (which according to Xlibris) is not new, it did not have the old ISBN number on the inside. It just had the one that was issued after 2007. Yes, this is like a very bad movie that you cannot shut off! 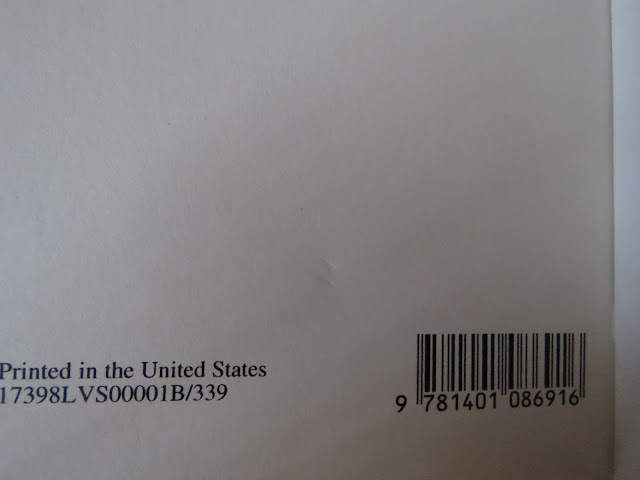 So, exactly why would a publisher do this after they "stopped printing it" and pulled it from distribution years before?

Even that is in doubt because apparently Xlibris cannot make up their mind when they stopped it. 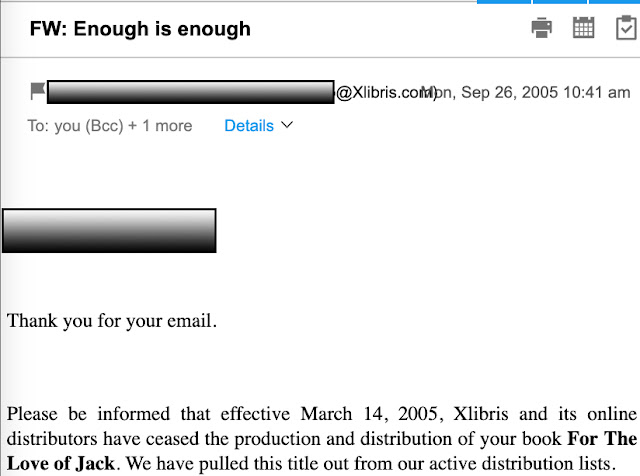 And then it was 2004~Which came in an email last week after they wrote how they stopped in 2005.

Again, we know it was not a used book! (Yes, that is my name and after I started writing back in 1984) 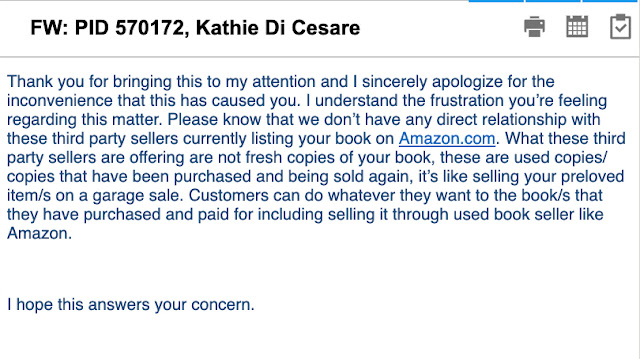 Love that part at the end. I bet she hoped it did so that I would go away and stop wanting them to be accountable!


The worst part of this is, they have been doing this to me for 16 years! Why not remove a book if they had in fact stopped distribution of it? Why put on a new ISBN number on a book that was "out of print" a couple of years before this special number was even issued?

Wonder how many others they did it to?

If they did it to you, leave a comment and then maybe someone with the power to do something about it will!

I am trying to raise funds to take control of this book back! I want to print it and give it away. Please go here to support that effort.
Posted by Kathie Costos at 7:44 PM