Veterans Affairs says the shorter form will be more efficient. One doctor says it could lead to more suicides.

Dr. Kris Rose, a clinical psychologist in Calgary, said the shorter form will end up thwarting efforts to get ex-soldiers the treatment they need. He said he has been "vibrating" with frustration since discovering the new form while treating a patient recently. He told CBC News the rewritten psychological/psychiatric form essentially has been stripped of almost all specific questions related to PTSD symptoms. 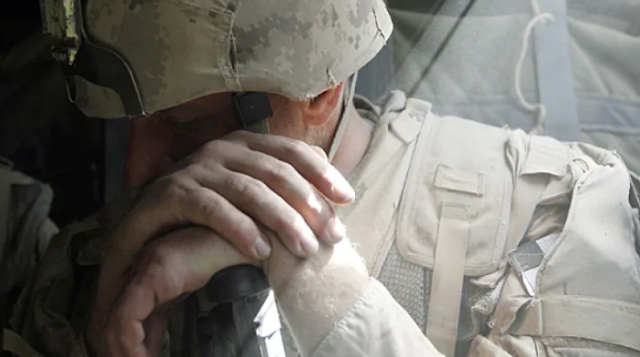 A key psychological questionnaire for veterans about post-traumatic stress disorder was quietly rewritten late last year by Veterans Affairs Canada, CBC News has learned — a move experts say will make it harder for suffering veterans to qualify for disability benefits.

The form, which is filled out by doctors treating veterans with PTSD, was revised in December by Veterans Affairs Canada. The changes came as a shock to many psychologists and advocates who help former soldiers, sailors and aircrew with mental illnesses navigate the complex benefits system.

The Liberal government's new pension-for-life option for veterans came into effect on Monday — but the net effect of the changes to the questionnaire could be that fewer people qualify for PTSD benefits, and for the lifetime pension offered to veterans suffering from PTSD.

Specific questions about PTSD and references to its symptoms — such as nightmares, flashbacks and emotional 'numbing' — have been dropped.

What remain are more general questions about what the form refers to as "delusions, hallucinations, depersonalization, homicidal thoughts" and even "homicidal attempts."
read more here

Posted by Kathie Costos at 7:14 AM