15 years after Fallujah, Bellavia destined for Medal of Honor and White House ceremony

David Bellavia will travel from his Albion home to the White House sometime late this month, where President Trump is scheduled to drape around the Army veteran’s neck a gold medallion suspended by a blue ribbon — the Medal of Honor. 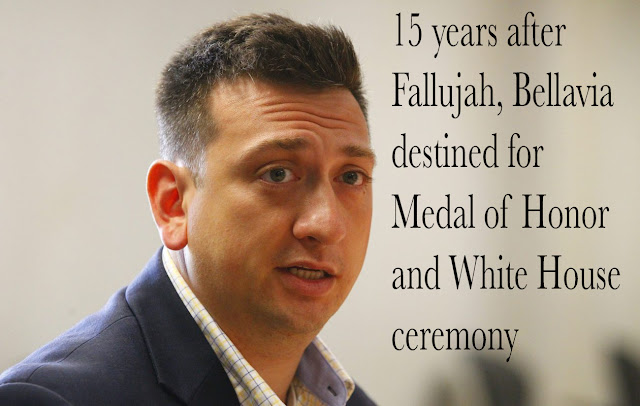 But his journey really began on Nov. 10, 2004, in the dusty streets of Fallujah, Iraq. That’s where the Army staff sergeant, on his 29th birthday, found himself in deadly hand-to-hand combat with some of the enemy’s toughest fighters.

In the end, five of them died. He prevailed.

Now a nation will say thank you.

Posted by Kathie Costos at 7:20 AM