"Jessie dismounted the vehicle and proceeded to stand in the burning fuel to drag these guys out, and he did it," Kenney said. As rounds exploded around him in the heat of the fire, Jessie "refused to stop." He saved three lives that day. 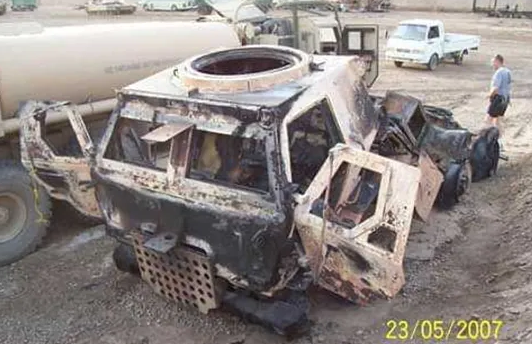 The remains of the vehicle veteran Jessie Thurston pulled three fellow servicemen from after an artillery shell struck the truck in Iraq rest on the sand on May 23, 2007. (Photo: Courtesy of Jason Kenney)

Jessie Thurston was many things: a "spitfire," a 10-year National Guard veteran, a loving father and friend, and by many accounts, a hero. 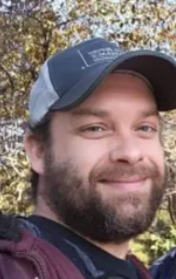 Veteran Jessie Thurston was remembered by friends and family at the Tennessee State Veteran's Cemetery at Parkers Crossroads on July 12, 2019.


He loved Harley Davidson motorcycles and turkey hunting and was always looking to lift someone's spirits.

"If you didn't laugh around him, something was wrong with you," his cousin Jeremy Thurston said.

But Jessie also struggled with post-traumatic stress disorder after he returned from a tour in Iraq in 2011. Jeremy said Jessie's inner battles with mental health started before he joined the military, but the traumas he experienced overseas only exacerbated the pains of his already difficult life.

After he returned from service, Jessie was known to "go ghost every now and then," Jeremy said. He went missing in late June after deleting his social media accounts. Police found his dog uncared for in his Lexington home.

Nearly a week later, his fellow servicemen found his body during a search effort in Natchez Trace State Park on July 4. He was 35. A pending autopsy has yet to determine cause of death.
read it here
Posted by Kathie Costos at 7:25 PM