A director was placed on administrative leave and several other staff members were moved to non-patient positions during an investigation.

Author: Jason Braverman
September 18, 2019
ATLANTA — Just over a week after a Vietnam veteran died of Stage 4 cancer while in the care of the VA, a major shakeup was announced on Tuesday, adding that the VA hopes to "restore trust."
The Veterans Health Administration Executive in Charge announced a number of actions he is taking in response to "recent events" at the Atlanta VA Medical Center’s Eagles’ Nest Community Living Center and "ongoing issues" at other VA facilities in that region.
Two top administrators and seven staffers were removed from their positions, effective immediately.
It's all because of what a dying veteran at a VA facility in Atlanta suffered in his final days.
read it here


Employees bathed her father and cleaned the room, but the ants were still around the next day, Ross said. Marrable was then moved to a new room, where he died, she said.


At least three veterans were affected by the Sept. 2 ant infestation, Isakson said the Atlanta VA Health Care System confirmed to him.


DECATUR, Ga. -- U.S. Sen. Johnny Isakson is demanding answers from the U.S. Department of Veterans Affairs after a Georgia woman said her father was bitten more than 100 times by ants at a veterans' home in Decatur. 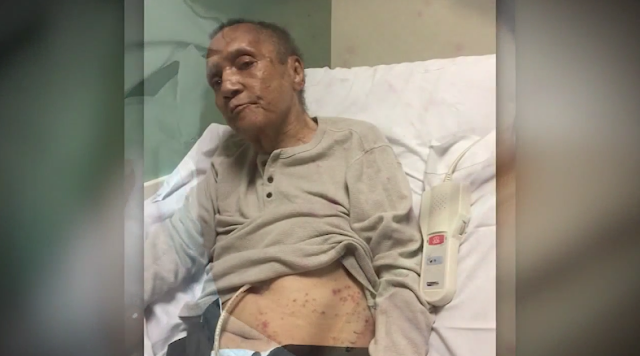 Isakson says he was horrified and "downright maddened" after Laquna Ross told WSB-TV that she found her father, Joel Marrable, with swollen, red bumps all over his body when she visited him at the nursing home near Atlanta last week before his death. Marrable, an Air Force veteran, had cancer.

"I am shocked, horrified and downright maddened by the news that a veteran under the care of the VA was treated so poorly and without any regard for his wellbeing," Isakson said in a statement.

"This patient, at the end of his life, was clearly not being monitored closely enough, and I am so sad for his family who had to discover his insect-infested conditions before anything was reportedly done," Isakson said.
read it here
Posted by Kathie Costos at 7:45 PM