Twenty-eight-year veteran Kathryn Spletstoser couldn’t get the military to take her claims against a decorated Air Force general seriously. Now she’s making those claims in court. 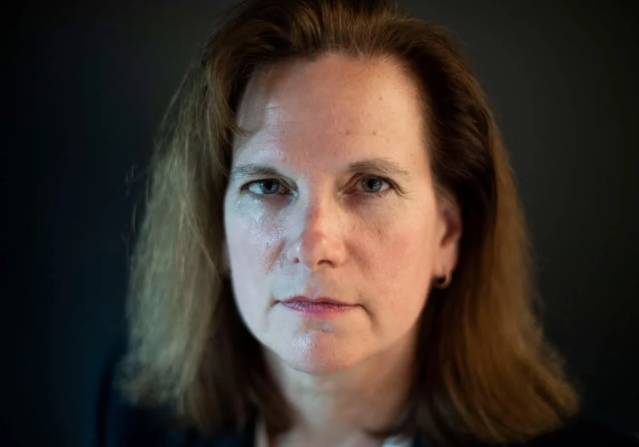 Army Lt. Col. Kathryn Spletstoser just wanted to fade into retirement. She’d served 28 years in various posts and had done four combat deployments: two in Iraq, and two in Afghanistan. She’d been a White House fellow. She had earned three master’s degrees. She was one of the most accomplished officers of her generation. She was ready to go into private sector work, spend time with her aging mother, and go back to her native Wisconsin.

But in April 2019, when President Trump nominated Air Force Gen. John Hyten, then the commander of the U.S. Strategic Air Command and her boss, to serve as vice chairman of the Joint Chiefs of Staff—the second highest ranking military officer in the United States and the second most powerful position in the U.S. armed forces—she put those plans aside.

She claims that Hyten sexually assaulted her numerous times throughout 2017. For two years, she had said nothing about the alleged incidents, but when the oft-decorated Hyten stood to be elevated to such a high position, she went public, reporting him in April.


Trisha Guillebeau, the public affairs adviser to the Joint Chiefs, said: “In response to your request for comment I’d like to state that all investigations found the allegations against Gen. Hyten to be unsubstantiated. All allegations provided to the Department of Defense were subject to comprehensive investigation and unsubstantiated. In addition, the Senate conducted its own exhaustive, comprehensive review of the matter during Gen. Hyten’s confirmation process to be vice chairman of the Joint Chiefs of Staff. Gen. Hyten’s confirmation by the Senate as vice chairman of the Joint Chiefs of Staff validates the trust that has been placed in him by our nation, our department’s leadership, and Congress.”
read it here

Posted by Kathie Costos at 9:51 AM