Months after veteran took his life, his Louisville family searches for answers


"And at that moment, I looked down as I'm putting it down ... and saw one sentence myself that told me everything in one sentence what we could possibly find.

"That sentence said, 'Please cremate me.'"

Riley's body was found the next morning. He had committed suicide. 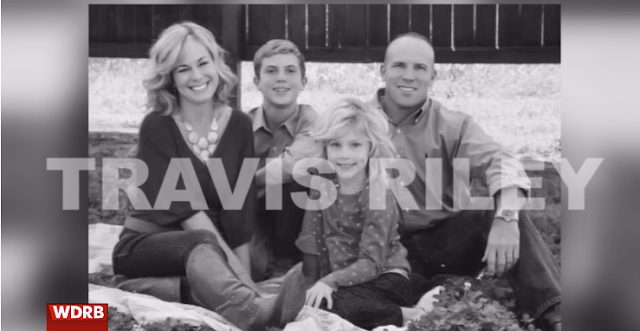 LOUISVILLE, Ky. (WDRB) -- Penny Riley found her husband’s car abandoned in a Louisville park on Aug. 15, 2019. He hadn't returned her text messages, so she left home, fearing what she'd find.

Inside his car, alongside a file folder, a McDonald's bag and his phone, she found three letters, one for each of his family members. She took her letter, opened it, and began to read, her eyes stopping at one sentence.

Travis Riley joined the Army at age 18, later served in the Kentucky National Guard and climbed his way to the rank of major. He served in Afghanistan for a year, and his wife said he often talked about the sounds of battle.

"'You're going to hear the air traffic. You're going to hear the far-off gunfire. You're constantly hearing that sound,'" Penny Riley recalls her husband telling her. "We would Skype a lot, and I could hear that through Skype, the noises, and he would say, 'That's just what we hear all the time Penny. That's normal here. It's OK.'"

The Louisville man devoted his life to his family and his country.
read it here
Posted by Kathie Costos at 6:58 PM