Vietnam veterans who found that the only way for them to move forward, was to go back

Healing the spiritual wounds of war

War wounds are not always physical.

Psychological wounds caused by the traumas of war can be equally debilitating. And because the injury is not visible to friends and loved ones, those suffering often deal with it in silence or behave out of character. 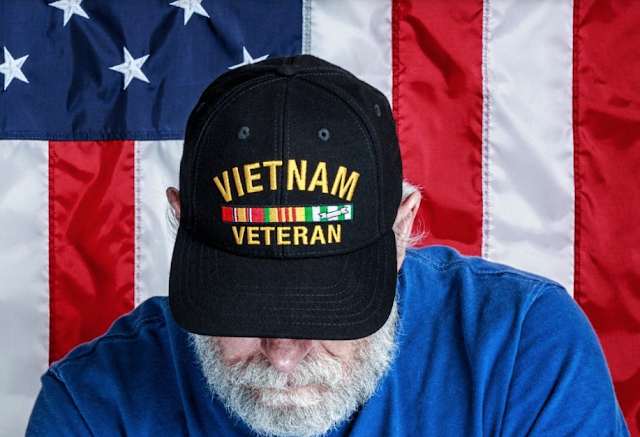 A mental health condition caused by trauma is called Post Traumatic Stress Disorder. It develops in some people who have experienced a shocking, frightening or dangerous event or experiences. PTSD can affect anyone, not only veterans. First responders, and even abused children, can suffer from PTSD.

In past wars, PTSD was called shell shock or combat stress. Symptoms of the disorder can be characterized as heightened anxiety, feeling constantly on edge or experiencing extreme or unreasonable anger during routine situations. PTSD can manifest itself in different ways, for different people. It might affect a person for a few months, or their entire life. It doesn’t always go away entirely; like the tide, it may ebb and flow.

There are local Vietnam veterans who found that the only way for them to move forward, was to go back. Back to Vietnam.


Former Army Capt. Aaron Lax served in the U.S. Army for nine years. During that time, he served with the 1st of the 26th Infantry regiment “Blue Spaders,” part of the 1st Infantry Division, from 2010-2012 and deployed with them to eastern Afghanistan. Lax next served with 1st battalion of the 320th Field Artillery Regiment “Top Guns,” part of the 101st Airborne Division, from 2012-2017.

Bob Smoker was drafted into the U.S. Army in May 1969.  After basic and then infantry training, he arrived in Vietnam in early October 1969 and turned 20-years- old later that month. Smoker was assigned to Charlie Company 2nd Battalion of the 506th Infantry Regiment, 101st Airborne Division.

Former Air Force Staff Sergeant Ed Hardesty was the non-commissioned officer in charge of weapons and munitions for the 37th Aerospace Rescue and Recovery Squadron, an air rescue helicopter squadron out of Danang Air Force Base, Vietnam, from 1968 through 1969.

Former U.S. Army soldier Charles Lee deployed to Vietnam in 1970 at the age of 19, right after marrying his first wife. In Vietnam, Lee was assigned to the 5th Battalion, 2nd Air Defense Artillery, on a track vehicle known as a Duster.
read it here

Posted by Kathie Costos at 2:59 PM