In the report, investigators criticized officials at the Dallas-area veterans hospital for “ a long-standing deficiency related to resources for women veterans healthcare, such as equipment, supplies and space that were required to ensure gender-specific care.”


One of the largest veterans medical centers in the country went almost two years without a full-time gynecologist and lacked private, secure spaces for women patients for even longer, according to a new report released by the Veterans Affairs Inspector General this week. 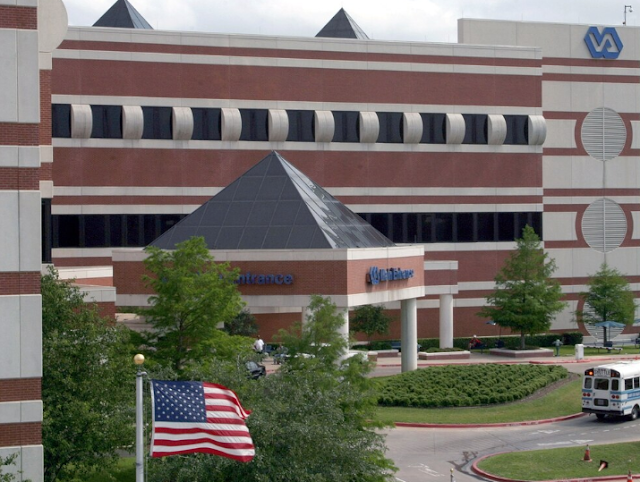 Investigators this week found widespread problems with staffing and facility space for women veterans at the VA North Texas Health Care System. (Photo courtesy of the Department of Veterans Affairs)

Department officials insist most of those issues at the North Texas VA Health Care System have been resolved now, but lawmakers are saying the shortfalls are indicative of larger cultural and leadership problems within the federal agency in their response to the rising number of women veterans.

“The lack of space, privacy, and provider shortages are widespread, and these problems result in inconsistent, inadequate, and insufficient care for our women veterans,” said Rep. Julia Brownley, D-Cal.f. and chair of the House Veterans’ Affairs Committee’s task force on women veterans.

“We owe all of our veterans the highest quality care. As this report points out, when it comes to equity for women veterans, we're clearly falling short.”
read it here
Posted by Kathie Costos at 5:37 PM