“I don’t know what to do. You just feel lost. You’re alone,” said Ortman.
For Ortman, it’s been one disappointment after another since he got home from Vietnam. First he had to deal with the pain of seeing friends who didn’t make it home, then a homecoming he did not expect. 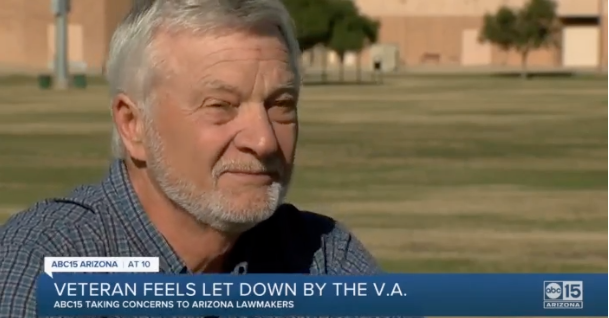 Ortman reached out to ABC15 to say that he has been trying to get an appointment with a mental healthcare counselor since November and all he got was the run around.

First, he was told his paperwork was lost and he would be outsourced to an outside healthcare facility due to a shortage of available counselors.

He was then told that a doctor forgot to sign off on his paperwork just to get him to go in for an assessment before they could sign off on any paperwork.

Ortman is one of the several veterans or veteran’s family members who reached out to ABC15 over the last few months, saying they feel let down by the VA healthcare system. Some of those veterans have since died by suicide. read it here
Posted by Kathie Costos at 10:07 AM