Mentor veteran loses battle with PTSD, community wants to remind vets help is out there


“We tried doing everything and he was just a proud vet. He didn’t want the help. He kept telling everybody he was fine, he was anything but.” Chris Blood 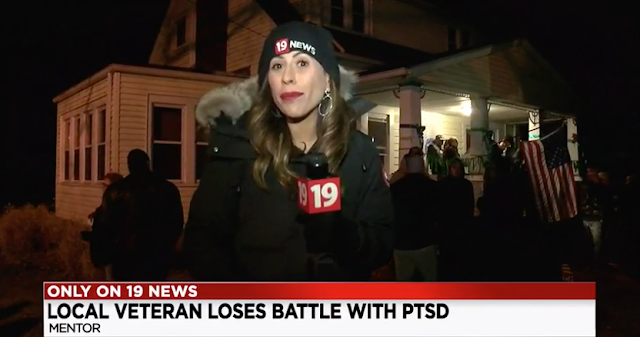 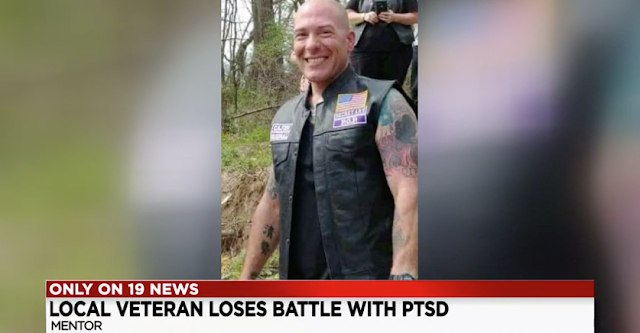 MENTOR, Ohio (WOIO) - A Mentor veteran took his own life last weekend. 19 News is told the man barricaded himself inside his home. Police and SWAT tried to talk the vet down, but sadly, it did not work.

On Tuesday night the community held a vigil to remember the veteran and to raise awareness for PTSD.

Tim Foret, 38, was no stranger to being out on the battlefield.

“He had been over in Iraq and Afghanistan, several tours, seen things that no man should have to see and sadly he brought that home with him,” said Chris Blood, friend to Foret and First Lady of the US Militia RC, a veteran support group.

There was one enemy the soldier could not defeat, PTSD.
read it here


What could have happened if he had known veterans like him could heal...instead of being made aware too many were committing suicide instead?

YOU CAN HEAL and life can get a lot better than what it is right now.
If you are struggling, that is the message you need to leave this site with.
Posted by Kathie Costos at 5:34 PM