All new referrals will now be redirected to the NHS, which Combat Stress said "needs to demonstrate" it can deal with the additional demands. 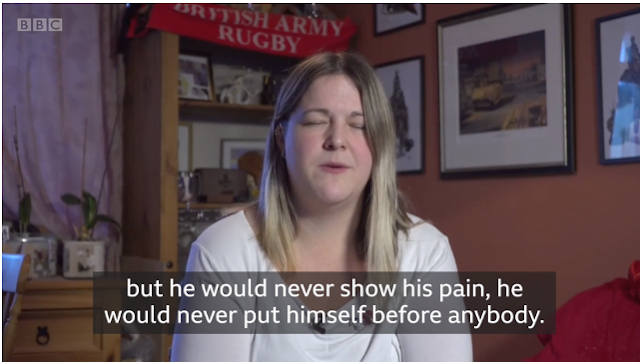 A leading mental health charity for military veterans says it will not be able to take any new cases in England and Wales, because of a funding crisis.

Combat Stress said its income has fallen from £16m to £10m in the current financial year partly due to cuts in NHS funding support.

The charity had been receiving around 2,000 referrals for treatment a year.

The NHS said new specialist services for ex-soldiers have helped more than 10,000 people to date.

The NHS said in a statement its "number one priority is providing the best care for veterans".

NHS England had previously commissioned Combat Stress to provide a six-week residential programme, providing them with more than £3m funding a year.

After consulting veterans and their families as part of a review, it has decided instead to use this money on new services, including community-based help.
read it here
UPDATE