CHICAGO (WLS) -- A Vietnam War veteran got help from an unexpected source when he needed it the most. 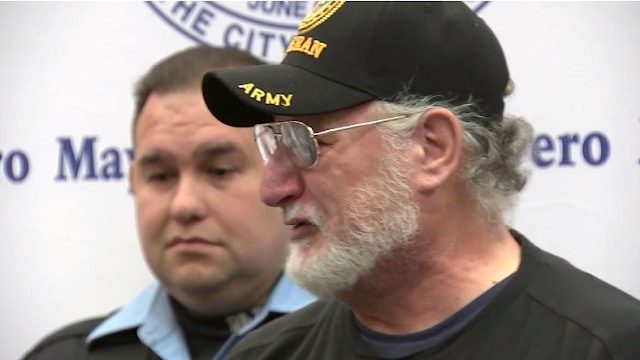 With little more than the clothes on his back, James Nicoletti called a hotline for help after moving back to his hometown in suburban Berwyn last week.

Police officers in Berwyn responded to his call, which started a series events that have changed his life.

"I had a hundred dollars in my hand when I arrived here in Chicago," said Nicoletti, a U.S. Army vet.

He hadn't eaten for days and was trying his best to hold on to the last bit of cash he had.

"I had to sleep in a bathtub. That's where I slept," he said. "I put blankets there on the bottom so I don't get cold."

He said his life was going down the drain, and that's when he decided to call a veteran crisis hotline looking for help.

"I thought, 'It's over. You know what? They're going to put me away,'" Nicoletti said to himself when Berwyn police officers showed up at this door.

That fear was quickly replaced by hope after responding Officer Ed Tovar and his colleagues embraced the veteran. They pooled together their own money to get Nicoletti a few groceries and toiletries.
read it here
Posted by Kathie Costos at 4:43 PM