The Air Force set a record for suicides in 2019, a stark reminder that a Pentagon all but invincible on the battlefield has struggled to protect its troops from themselves.

There were at least 112 suspected and confirmed suicides among active-duty, reserve and Air National Guard personnel last year. That was a 40 percent jump from the year before and the highest total since the Air Force began tracking suicides in 2003.
read it here 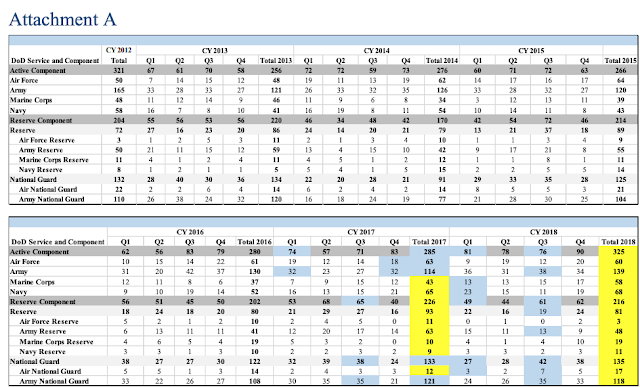 Remind me again why anyone would support raising suicide awareness instead of healing awareness? #BreakTheSilence and #TakeBackYourLife

Posted by Kathie Costos at 5:11 PM