How many times do we have to read about a veteran suffering with PTSD taking his or her own life instead of healing before we actually change the outcome?

In a moving post on website Go Fund Me, a close family friend said: "As with many serving and veteran soldiers, Wes had struggled with PTSD and on the 26th January 2020, he succumbed to those demons of PTSD, sadly taking his own life, at the young age of 35. 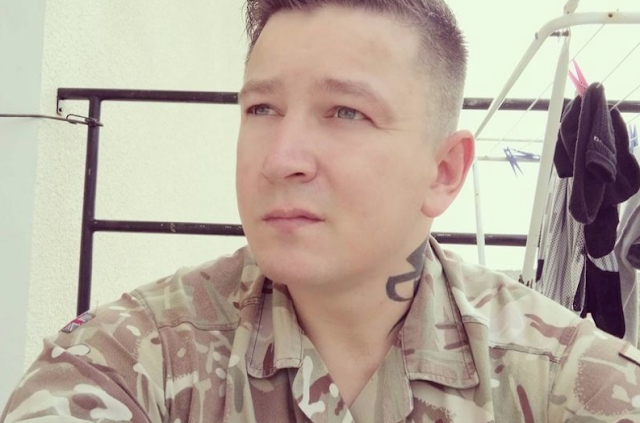 Wesley McDonnell has been described as 'one in a million' (Image: handout)


An Army veteran was found dead in a children's park after battling post-traumatic stress disorder (PTSD).

Friends say the 35-year-old soldier 'succumbed' to his demons and 'took his own life', with one saying 'stand easy, warrior, your duty is done'.

In a cruel twist, Mirror Online revealed how police misidentified Mr McDonnell and ended up wrongly telling another mother that her son had died.

When you hear that the stigma of PTSD is still strong, think about why it is still so powerful when all the evidence has been out there proving there is nothing to be ashamed of as a survivor of something that could have killed you.

Watch this video and you will know what works to support you to #BreakTheSilence and #TakeBackYourLife.


Marine Veteran Mike Damon owned his PTSD. He is using what he learned in his journey to create a guide for anyone to use to conquer their inner battles. The guide is written like guides in the military are written. The principles are easy to understand and implement. Listening to Mike talk about his vision and intent for what he is trying to do makes me believe that there is truly a way to go to 0 for Veteran Suicide.

He is talking about what he went through to take back his life, how he is not only happier, he is helping veterans like you discover what is possible for you too!


There are alarming new numbers about suicide rates among younger veterans. A new report issued by the New York State Health Foundation says rates for those 18 to 34 has more than “doubled” in the state.

7 Eyewitness News met with a war veteran who leads a counseling program at the Veterans One-stop Center of Western New York.

“You feel like you are living on the other side of a pane of glass, like you’re watching everyone around you,” reflected Alyssa Vasquez, program manger, Veterans One-stop Center of WNY.

Posted by Kathie Costos at 9:00 AM