The investigation instead focused on the long and brutal hours Stearney put in, as well as the stoic face the man with the call sign “Sterno” wore, a countenance that belied any turmoil he might have felt inside. 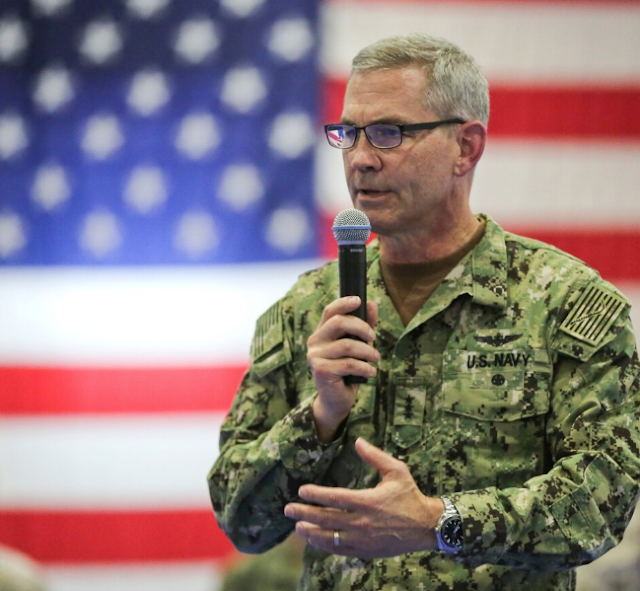 
The investigation into the death of Vice Adm. Scott Stearney revealed no warning signs that may have predicted the U.S. 5th Fleet commander’s Dec. 1, 2018, suicide in his Bahrain home.

But a series of suicide notes left behind by Stearney revealed he grappled with “significant time away from family” and “the struggles of military life," according to a redacted Naval Criminal Investigative Service report obtained by Navy Times.

Released in response to a Freedom of Information Act request, the probe also reflects the shock Stearney’s family, friends and colleagues felt after the career aviator hanged himself.

Investigators found no evidence of personal misconduct or scandal linked to the admiral.

One officer told NCIS he didn’t think Stearney was involved in any bad behavior “because he was addicted to his job,” according to the report.
read it here
Posted by Kathie Costos at 3:18 PM

Email ThisBlogThis!Share to TwitterShare to FacebookShare to Pinterest
Labels: Department of Defense, military suicides, US Navy