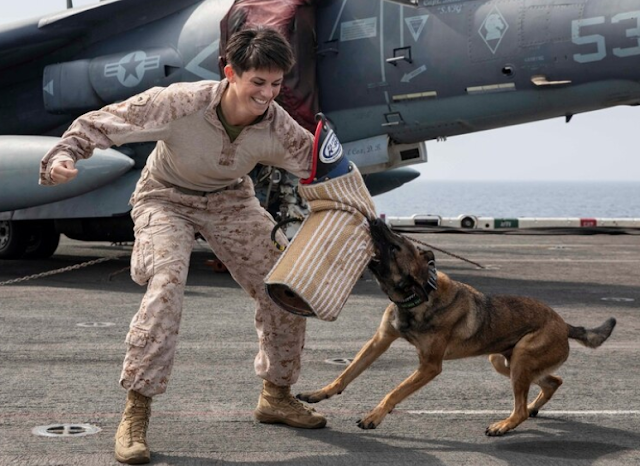 A howitzer section chief is the artillery equivalent of a squad leader, responsible for maintaining, aiming and firing the Corps’ M777 155 mm howitzer along with leading a crew of eight to 10 Marines required to fire the gun.

Lilly passed the course in December 2019, according to 2nd Marine Division spokeswoman Sgt. Gloria Lepko.
read it here
Posted by Kathie Costos at 8:26 AM