Thorpe, a 28-year-old combat veteran assigned to 3rd Brigade Combat Team, 4th Infantry Division, joined the Army on May 22, 2012, according to his service history. His home of record is Canton, Massachusetts. He had been assigned to Fort Carson since April 14, 2016. 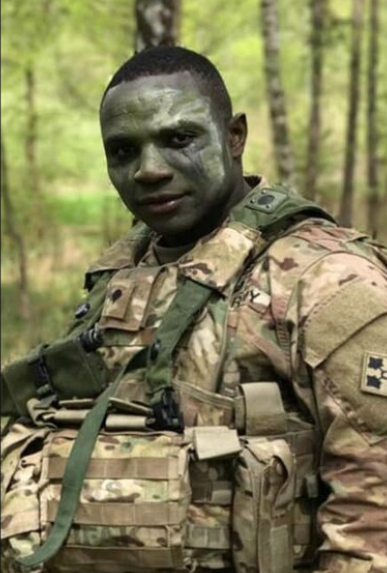 An Afghanistan veteran and non-commissioned officer was shot and killed by four police officers on April 19 after he allegedly picked up a rifle and pointed it at them through a basement window, Colorado Springs Police Department officials said.

Staff Sgt. Virgill Thorpe, a cavalry scout assigned to nearby Fort Carson, was shot on a Sunday night. A woman had called police to report a domestic disturbance in which a man was armed with a rifle. Officers arrived at the 3200 block of Oak Creek Drive East in Colorado Springs at roughly 10 p.m. and spoke at the front door with Thorpe.

“There was a verbal exchange. The suspect then ran inside ... downstairs to the basement of the residence where the [reporting party] was at,” said Colorado Springs Police spokesman Lt. Jim Sokolik.

All four officers fired shots. Until the coroner’s report comes back, which takes about four weeks or longer, police cannot say definitively how many times Thorpe was struck. Sokolik could also not say how many rounds were fired in total or how large the basement window was through which Thorpe pointed his rifle.
read it here
Posted by Kathie Costos at 3:05 PM