NORTH VERNON, Ind. — A five page letter from a soldier to his sister landed in the mailbox of North Vernon, Indiana’s Janice Tucker last week. The envelope was postmarked May 10, 2020, but the words written inside were from Vietnam in 1968. 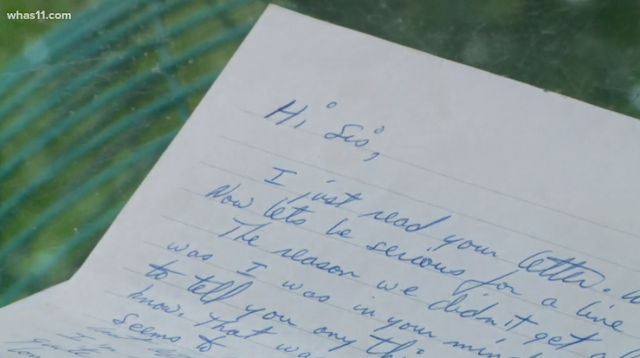 “It begins with 'Hi sis. I just read your letter, wow.' And I'm thinking, I have a sister that lives in Jeffersonville and I didn't send her a letter,” laughed Tucker, confused by what she had received.

As she started reading, she realized it was a note from her brother, William Lone, talking about his time serving in the Vietnam War.

“So, I called my brother. He lives in South Carolina. I read the letter to him and he said, ‘I remember writing that letter to you.’”

“I was in the field where you’re out there sleeping in tents,” Lone described.

He said he had sealed the envelope and put a .05 cent stamp in the corner before handing it to another soldier to deliver the letter to his sister who was 17-years-old at the time.

“Janice was still at home then, so it was going to go to Floyds Knobs, Indiana.” Or at least, it was supposed to.

The delivery was delayed for decades, more than half a century in fact.
read it here
Posted by Kathie Costos at 5:24 PM