"Meatball" wanted to become a Marine...lost 186 pounds to do it!


STARS AND STRIPES
By IMMANUEL JOHNSON
Published: May 28, 2020

Gabriel Ramirez spent his childhood dreaming of being a Marine, but that dream seemed unattainable as a 365-pound teen nicknamed “Meatball.” 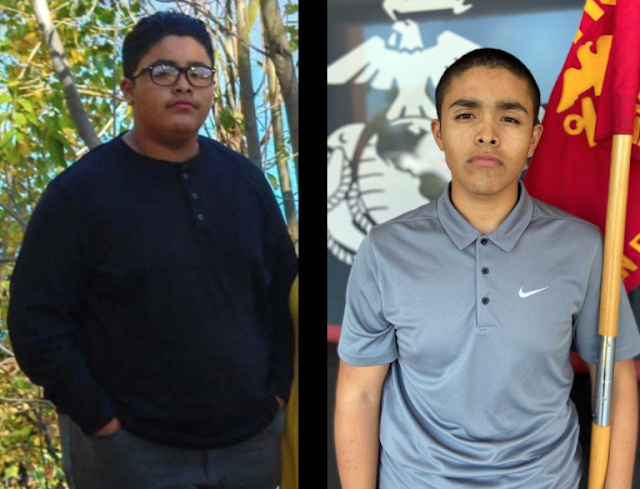 At the end of Ramirez’s sophomore year at Rancho Buena Vista High School in California, Marine recruiter Staff Sgt. Anna Rodrigues spoke to his class and later asked him about his interests.

“The kids I talk to, one thing I look for is heart,” Rodrigues said in a phone interview Wednesday. “I am looking for someone that won’t quit and will accept the challenge.”
read it here
Posted by Kathie Costos at 9:35 AM