More than 200,000 veterans and service members signed up for Burn Pit Registry

The Pentagon encouraged registry participation in a letter to more than 700,000 active-duty, National Guard and Reserve members, VA said. 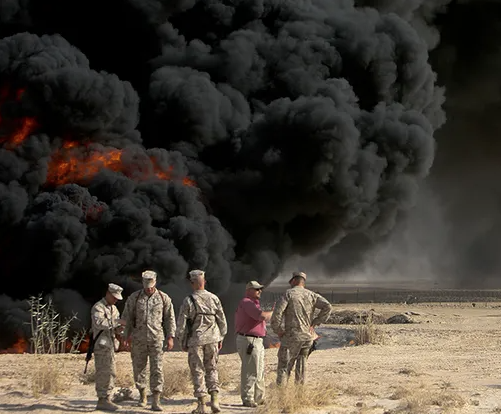 More than 200,000 veterans and service members have signed on to the Department of Veterans Affairs Airborne Hazards and Open Burn Pit Registry, VA announced Tuesday.

The registry was established in June 2014 and allows current and former service members to self-report toxic exposures and health concerns using an online questionnaire. That registry and their responses can be used to discuss health issues with doctors and other providers.

“Concerns about the long-term effects of exposure to burn pits remain a priority,” VA Secretary Robert Wilkie said in a statement. “By joining the registry, veterans, service members and the department will further understand the impact of deployment-related exposures on health.”

VA credited the Defense Department with an extra push to put participation beyond the 200,000 mark, which it called a "major milestone."
read it here
Posted by Kathie Costos at 5:36 PM