On 75th anniversary of V-E Day, about 300,000 American WWII veterans are alive 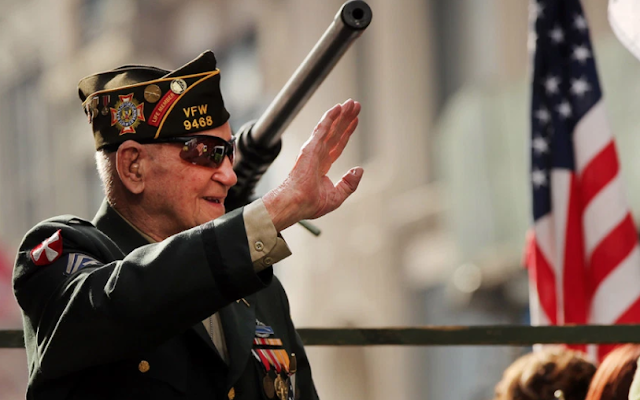 May 8 marks the 75th anniversary of V-E Day, when World War II came to an end in Europe. In the United States, V-E Day commemorations will honor the 16 million Americans who served during the war, even as only a small share of those veterans are alive today.

About 300,000 U.S. World War II veterans are alive in 2020, according to the U.S. Department of Veterans Affairs (VA), which has published projections of the number of living veterans from 2015 to 2045. WWII service members’ numbers have dwindled from around 939,000 in 2015. Most living veterans from the war are in their 90s, though some are considerably older.