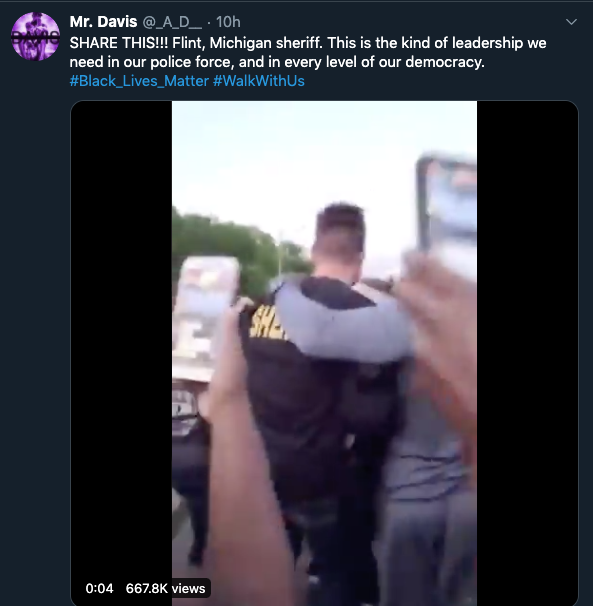 Officers showed up to protect protestors supplies from being destroyed Officers showed up to pray with protestors 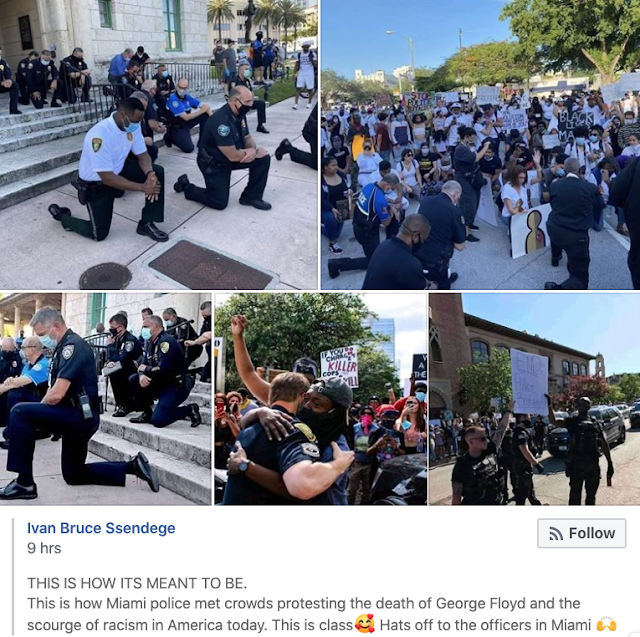 Miami Florida
Officers showed up to talk to protestors 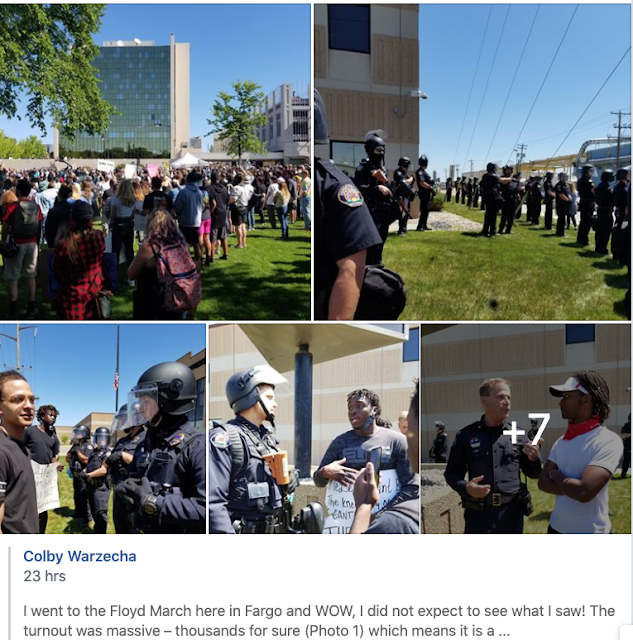 And here are more reports found on FORBES


In Some Cities, Police Officers Joined Protesters Marching Against Brutality 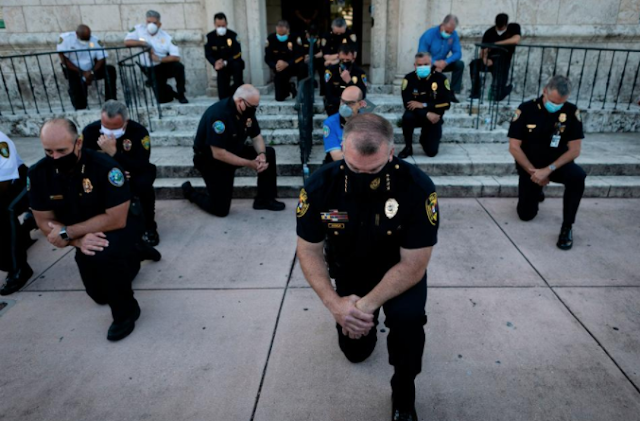 Police officers kneel during a rally in Coral Gables, Florida, on Saturday in response to the death ... [+] PHOTO BY EVA MARIE UZCATEGUI/AFP VIA GETTY IMAGES


TOPLINE As protests sparked by George Floyd’s death entered their chaotic fifth day, social media filled with images and video of police officers using batons, tear gas and rubber bullets to quell crowds⁠—but some squads joined in with Saturday protesters to express their stance against police brutality, and to show solidarity with the anti-racism movement.

“We want to be with y’all, for real. I took my helmet off, laid the batons down. I want to make this a parade, not a protest,” Genesee County Sheriff Chris Swanson was seen telling protesters in Flint, Michigan, before he joined the assembled crowd to march, eliciting cheers.

Officers in Camden, New Jersey, helped carry a banner reading “Standing in Solidarity,” and seemed to join in with the crowd chanting “no justice, no peace.”

In Santa Cruz, California, Police Chief Andy Mills took a knee with protesters in the pose made famous by Colin Kaepernick, with the department tweeting it was “in memory of George Floyd & bringing attention to police violence against Black people.”


Orange County Sheriff's Office, Florida Now: John Mina, Orange County Sheriff and Chief Orlando Rolon, Orlando Police Department #TakeAKnee in solidarity with demonstrators. We share the grief in the killing of #GeorgeFloyd. We need to use these opportunities to come together and talk about these issues. 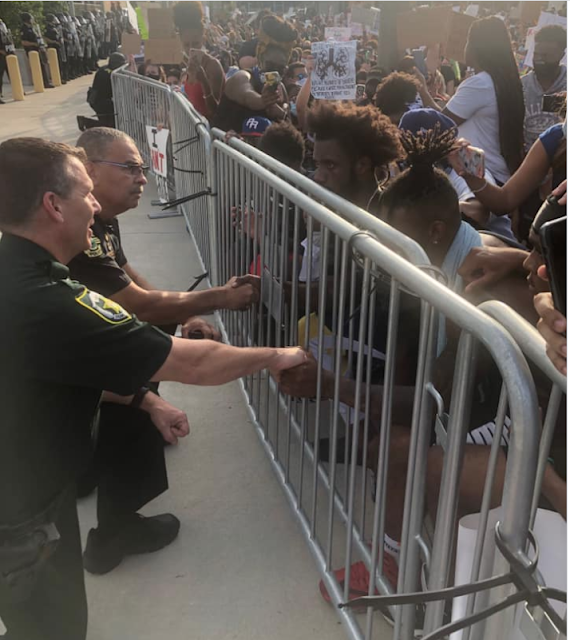 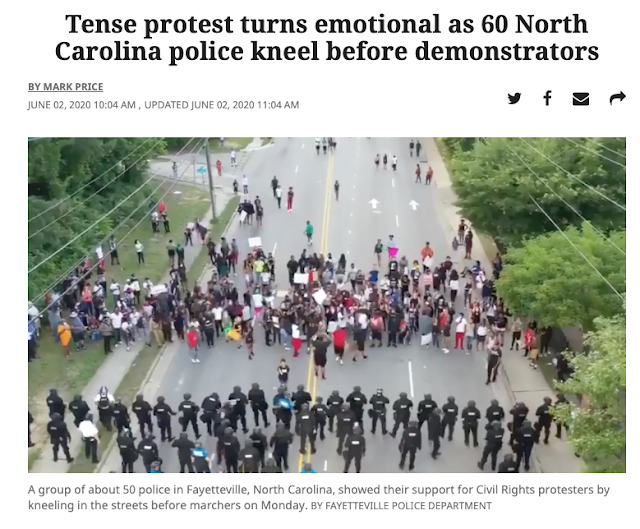