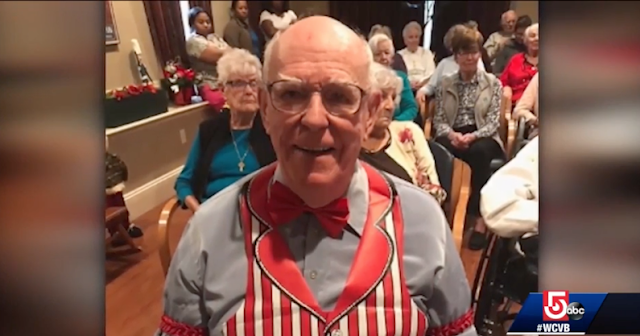 Tom McDermott was pretty amazing — he survived polio, nearly became a priest and even worked on nuclear submarines while he was in the military.

McDermott's family said goodbye to the 84-year-old who battled Alzheimer's and coronavirus in his final days, but it was his last words that left them all in awe.

"He was on comfort measures and there was no expectation he was communicating," said Vin McDermott, Tom's son.

Doctors said Tom McDermott's lungs were overwhelmed by the virus and he never spoke again. Instead, he sang.

While Tom McDermott's family was at mass, a call came from the hospital: his last words were a song: "God Bless America."

"I don't know where the memory to sing or the energy to sing came from," Vin McDermott said.
read it here
Posted by Kathie Costos at 3:56 PM