Military children should not have problem joining after seeking help

The proposal would require the service surgeons general to give “liberal consideration” to children raised in a military family, because of the potential challenges of military family life, when deciding whether to grant a waiver allowing them to join the military despite prior mental health conditions. It the waiver is denied, a mental health provider would have to review the request. 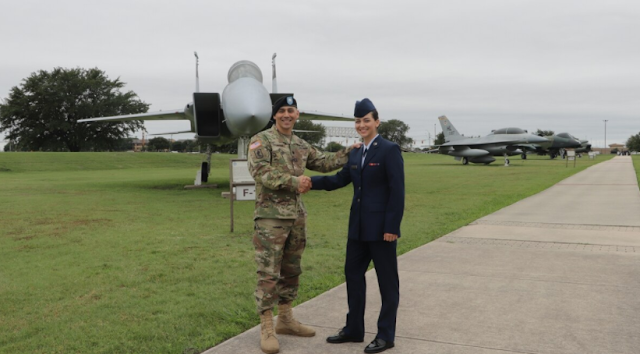 Army Lt. Col. Rudy De La Rosa with his daughter Samantha, who graduated from Air Force basic military training in May, 2019. She successfully fought to overcome notations in her dependent medical record that initially kept her out of the military. (Photo courtesy of De La Rosa family)

Senators are seeking to end “undue discrimination” against military dependents and civilians with prior mental health conditions who seek to enter the military.
“Children who face the stress of parents being deployed, moving frequently and other sacrifices should never be penalized for seeking mental health care,” said Sen. Richard Blumenthal, D-Conn., who introduced legislation in May, along with Sen. Tammy Baldwin, D-Wis.
read it here
Posted by Kathie Costos at 10:31 AM