The Department of Veterans Affairs headquarters and several notable veterans memorials in Washington, D.C., suffered damage Sunday night from protests in the nation’s capital, part of a series of racially-charged outbursts in cities throughout America over the last week. 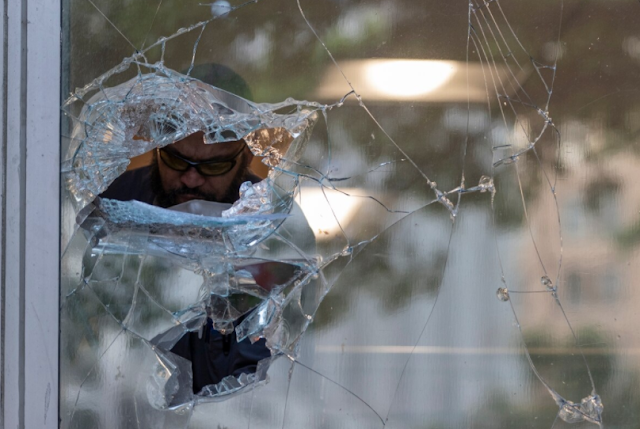 A man is seen through a shattered window at the Department of Veterans Affairs as he cleans up glass in Washington, Monday, June 1, 2020, after a night of protests over the death of George Floyd. Prosecutors say Floyd was murdered by a Minneapolis police officer after being restrained. (Carolyn Kaster/AP)

Unidentified attackers broke several windows and spray painted curse words along the sides of VA’s main offices, which sit a block away from the White House.

A car was set on fire just a few yards away from the main entrance to the building. According to multiple news sources, several buildings surrounding the VA were set on fire as protesters moved from areas around the White House to streets north of Lafayette Park.