This is a good story of a TSA Agent risking his life. He didn't know what was in the smoking bag. It didn't matter. He didn't want to take a chance with the lives of everyone else around him.

The airport said that a loud noise was reported at around 5 p.m. in front of a security checkpoint, and "In an abundance of caution, passengers inside the terminal were instructed to exit the building while Orlando Police and Orlando International Airport staff investigated.”

Greater Orlando International Aviation Authority CEO Phil Brown said in a letter posted online Saturday that the camera battery inside the bag apparently caught fire and began to smoke, the passenger dropped the bag and emergency responders moved it away from crowds.

"Others hearing the luggage being dropped, stanchions falling, and rapid movement mistook the sounds as gunfire and within seconds a spontaneous evacuation of the main terminal occurred," Brown said in the letter.
read more here


But the story got even better! 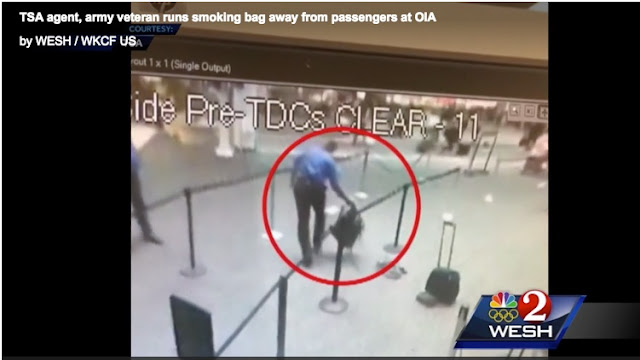 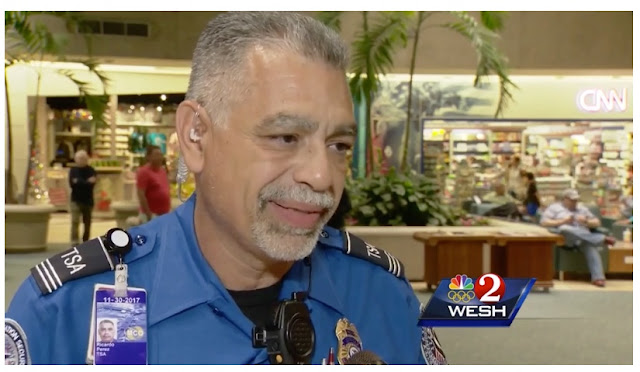