Veteran invites public to take a different kind of knee while placing 8,000 flags at veteran graves

“Because we claim the flag as our symbol,” Moore said. “I do feel like there is a lack of knowledge of what it means to serve." 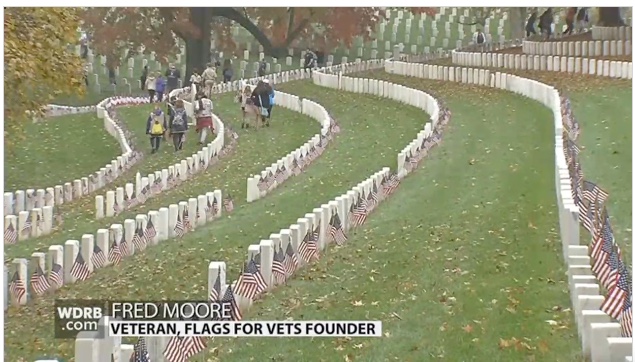 LOUISVILLE, Ky. (WDRB) –  For weeks NFL players have been taking a knee during the singing of the national anthem. It’s a form of protest for the players, but a sign of disrespect to many veterans and military members. Saturday morning one veteran invited the community out to Cave Hill Cemetery to take a different kind of knee.
It started by placing an American flag at every veteran’s grave inside the cemetery. 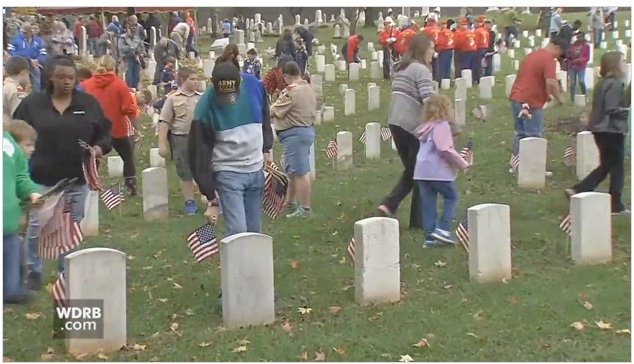 “We had 503 people show up at the cemetery to put out 8,000 flags,” said a Fred Moore, a Navy and Marine Corps veteran who founded Flags for Vets.
It's done out of honor for those who have died in past wars and those who have died more recently.
“I have a great appreciation for the fact that a lot of people didn't come home,” Moore said. “And in these last few years with Iraq and Afghanistan we've added another 4,000 to the list.’
Moore invited the public to take a knee to pray and give thanks at the graves of the unknown soldiers. It's a different kind of knee seen from the National Football league.
“I'm a strong advocate of freedom of speech, but I want people to know that I have freedom of speech as well. And now that you've done this thing and you take a knee, I don't think you have the foggiest idea what veterans have sacrificed for,” Moore said. 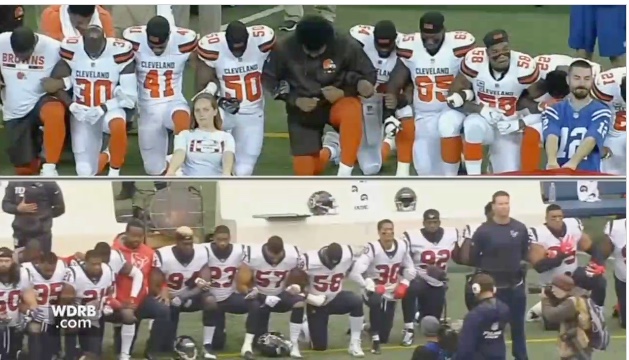 Pro football players have been kneeling in protest during the national anthem. It's an action Moore says is disrespectful.
read more here

Posted by Kathie Costos at 6:33 AM