This goes beyond politics as usual

Seriously wondering how did we go from "yes we can" to "because I said so" and far too many have no problem with that at all.

Politically I am an Independent Centrist. I agree with some things on both sides. I am tired of hearing all the claims that are simply not true.

First, we need to open our eyes to the fact that just because someone said something, that does not mean it is true. This is for all my Republican friends because I care about you and if you have only received your information from Facebook, you are being deceived.


"Therefore, rid yourselves of all malice and all deceit, hypocrisy, envy, and slander of every kind." 1 Peter 2

Here are some things you may not know. 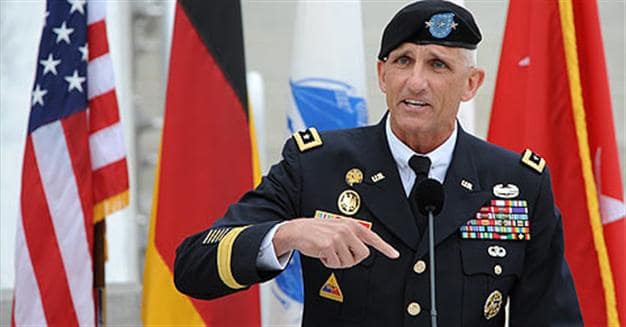 “Somebody needs to remind Mr. Trump that the military is not his palace guards. They take an oath to defend the Constitution of the United States against all enemies foreign and domestic. They also abide by the rules — not only of the uniform code of military justice, the UCMJ — but they also abide by the U.N. mandate against torture and the Geneva Convention protocols against torture.” Retired Army Lt. Gen. Mark Hertling March 2016 The Washington Post

This "wall" is not about our National Security but it is about the President's ego and Republican politicians unwilling to hold POTUS accountable for anything, while the other side wants to nail him on everything.

Had our security actually mattered more than anything else, then these other providers of our security would not be paying the price.

Today, the Department of Homeland Security (DHS) released the number of enforcement actions at the southwest border for the month of December.  Due to the lapse in funding, U.S. Customs and Border Protection is unable to publish the enforcement actions for December on its website.

These are the Departments that are under Homeland Security.

Below is contact information for different Department of Homeland Security components.
President Trump also seems willing to take funds from the Army Corp of Engineers.

The U.S. Army Corps of Engineers has approximately 37,000 dedicated Civilians and Soldiers delivering engineering services to customers in more than 130 countries worldwide.

With environmental sustainability as a guiding principle, our disciplined Corps team is working diligently to strengthen our Nation’s security by building and maintaining America’s infrastructure and providing military facilities where our servicemembers train, work and live. We are also researching and developing technology for our war fighters while protecting America’s interests abroad by using our engineering expertise to promote stability and improve quality of life.

We are energizing the economy by dredging America’s waterways to support the movement of critical commodities and providing recreation opportunities at our campgrounds, lakes and marinas.

And by devising hurricane and storm damage reduction infrastructure, we are reducing risks from disasters.

Our men and women are protecting and restoring the Nation’s environment including critical efforts in the Everglades, the Louisiana coast, and along many of our Nation’s major waterways. The Corps is also cleaning sites contaminated with hazardous, toxic or radioactive waste and material in an effort to sustain the environment.

Through deeds, not words, we are BUILDING STRONG.

This is the report from FOX News that should freak out everyone beyond what you just read.


The White House has directed the Army Corps of Engineers to "look at possible ways of funding border security," Press Secretary Sarah Sanders told Fox News on Thursday night, as the ongoing partial federal government shutdown over money for a border wall is less than two days away from becoming the longest in the nation's history. Separately, Fox News is told the White House directed the Corps to examine the February 2018 emergency supplemental, which included disaster relief for California, Florida, Texas, and Puerto Rico, among other states, to see what unspent funds could be diverted to a border wall, according to a congressional aide familiar with the matter.

And this is what the funds were supposed to be for from the same article.


Approximately $13.9 billion is available from the congressionally approved February 2018 supplemental spending bill, intended to cover natural disasters, and much of the available money comes from flood control projects, Fox News is told. The Military Construction appropriations bill could provide additional funding in the event of an emergency declaration.

Here is a list of more things that have been cut during the shutdown.

Keep in mind that these are people who dedicated their lives to providing our National Security and now, they are paying for what we have allowed the President to simply say he wants it done.

The question is, what are you going to do about any of this?

Posted by Kathie Costos at 7:31 AM